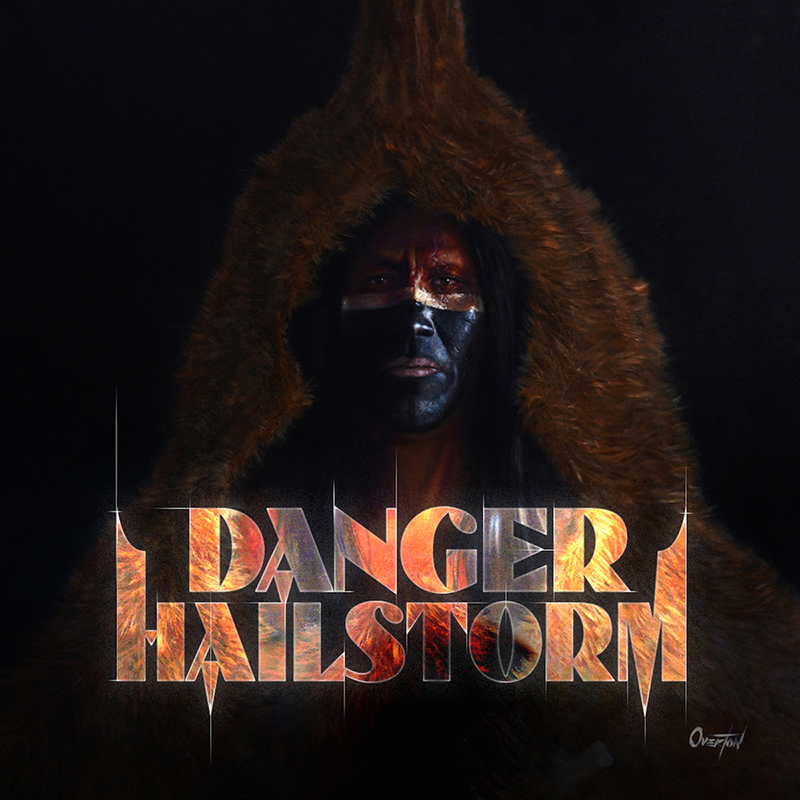 For a three-piece setup, Danger Hailstorm maximize what they can do. Terrance Danger Hailstorm destroys guitar lines and the solos on songs like “King.” The bass lines out of Geoff Williams keep the atmosphere dark and grungy while Van Christensen flies around the drum kit. The pace is quick and the riffs are full of energy on Singles, which is exactly what I want out of head banging local groups. A playful but powerful energy exudes from how these guys play, and it’s a blast to listen to.

Though it’s a misstep to call any of these songs “soft,” there’s certainly a shift between songs like “Open Arms” and “The Crook.” Things get heavy around “Fang” as the album transitions from hard rock to metal. Churning guitar, rhythmic vocals and hints of Pearl Jam emerge in “No Solution.” A lively spirit is housed in Singles, and it tears free by the second half of the album. Memories of Alice Cooper flash out in between bursts of guitar fire and bass fuzz. Each song sheds new light on the personality of Danger Hailstorm, and I honestly enjoyed all of it.

If you’ve known Danger Hailstorm for any length of time, you may have heard some of these songs already. All of the songs on board are already packaged as singles on https://dangerhailstorm.bandcamp.com. This album is a worthy compilation of a lot of great work that the band has accomplished during their tenure.  Singles gives snapshots of the band as they’ve developed. Songs that were published way back in 2009 sit alongside songs that the band released just last August. Needless to say, there’s a lot of material here, and all of it is distinct.

Danger Hailstorm are confident, they’re loud and they’re absolutely worth a listen. Keep an eye on the band’s website, http://dangerhailstorm.com/events, for local dates, and when you get to the show, keep an eye out for me because I’m eager to see the band live after spinning through this release. Flurries of guitar fills, generous helpings of Danger Hailstorm’s unique personality, and album art that deftly classifies the experience—Singles has it all and more. –Alex Blackburn