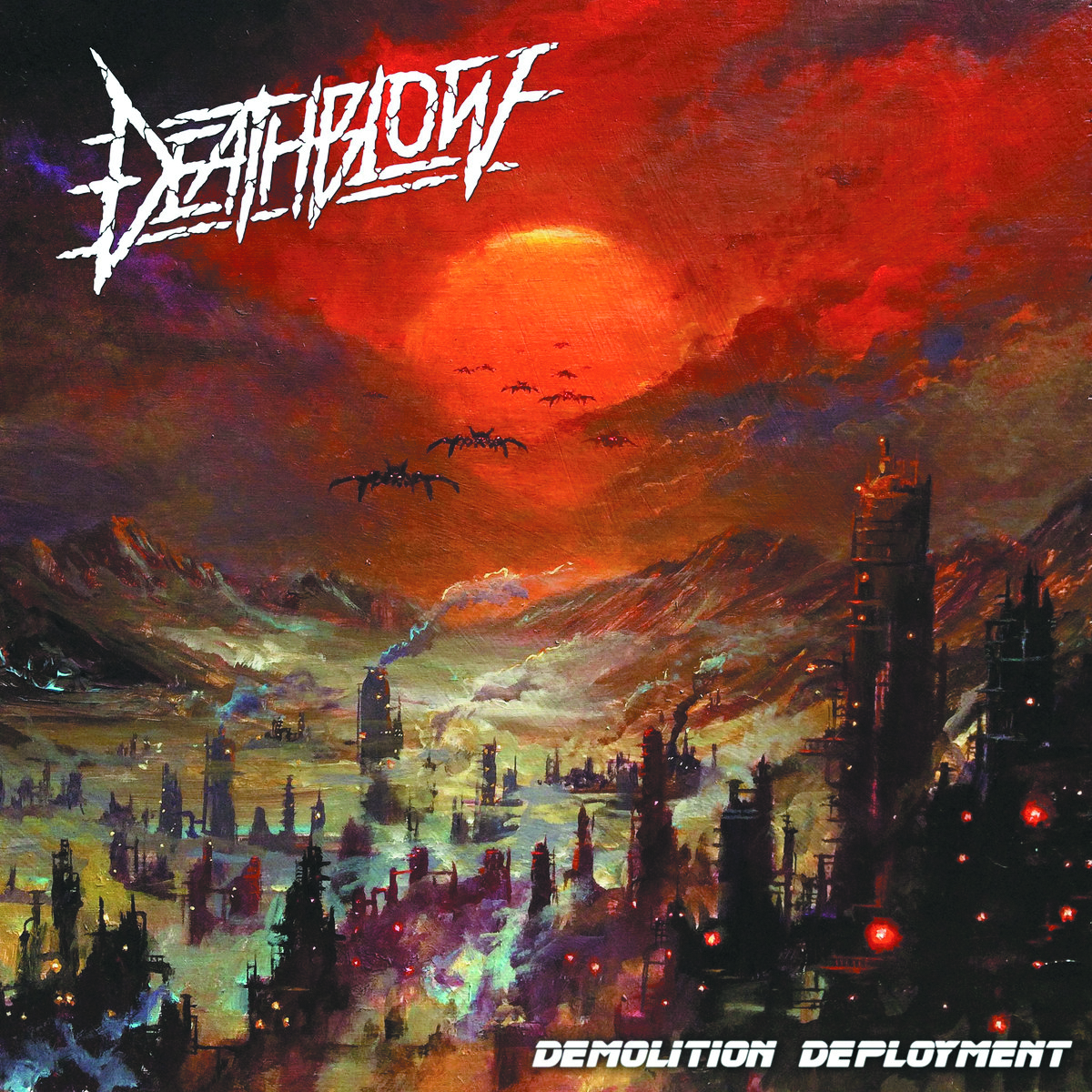 Deathblow: when someone tries to blow you up not because of who you are but for different reasons altogether! These SLC thrashers offer up a fast little taste of their massive thrash capabilities but also the guarantee that, so far, the quartet doesn’t really ever repeat themselves when they write songs. Demolition Deployment is the classic definition of a single. There are two new songs: the title track and “Implements of Destruction”; and a cover of Motörhead’s “Mean Machine.” The title cut opens up with an ominous instrumental portion with momentum building to an outright riff explosion. The band throws a lot of riffs at listeners—and I mean a lot. I’m definitely not complaining, as the main riff is a fist-pumping blazer. The soloing at the end riddles listeners with a beautiful chaos.

“Implements of Destruction” starts out two Gatling “guitars” in hand. It’s fast. With the lyric “When it’s easier to kill, we must KILL!”—while I definitely take it out of context here—Deathblow do kill. Many times, when bands cover tracks, they turn out bland. There are a good amount of exceptions to that rule, though, and Deathblow’s version of “Mean Machine” is one of them. I hear the core Deathblow sound: a general emphasis on speed and precision. However, when I listen to the cover tune, it’s the vocals that get me. I swear that it’s not vocalist/guitarist Holger, but it very well could be—honestly, I don’t really know, but it’s fucking great either way, and it’s not the typical “Everybody knows this fucking Motörhead song” cover, à la “Ace of Spades.”

When the less-than-13 minutes of music plows by, I want to spend 13 minutes listening to it again. I like the single format here—we get just a taste of good tunes, and like any good EP, that taste doesn’t satisfy the hunger for more music. I’d take the few great songs that Demolition Deployment delivers over a 12-track album with only a few good songs on it. To end my review with a statement that I feel is a certainty: 10–20 years from now, no matter what may happen to Deathblow in those years, the name Deathblow will remain on the tongues of the fans they have now and the future listeners whom they will continue to—as the title track shouts—“Crush and destroy!” –Bryer Wharton