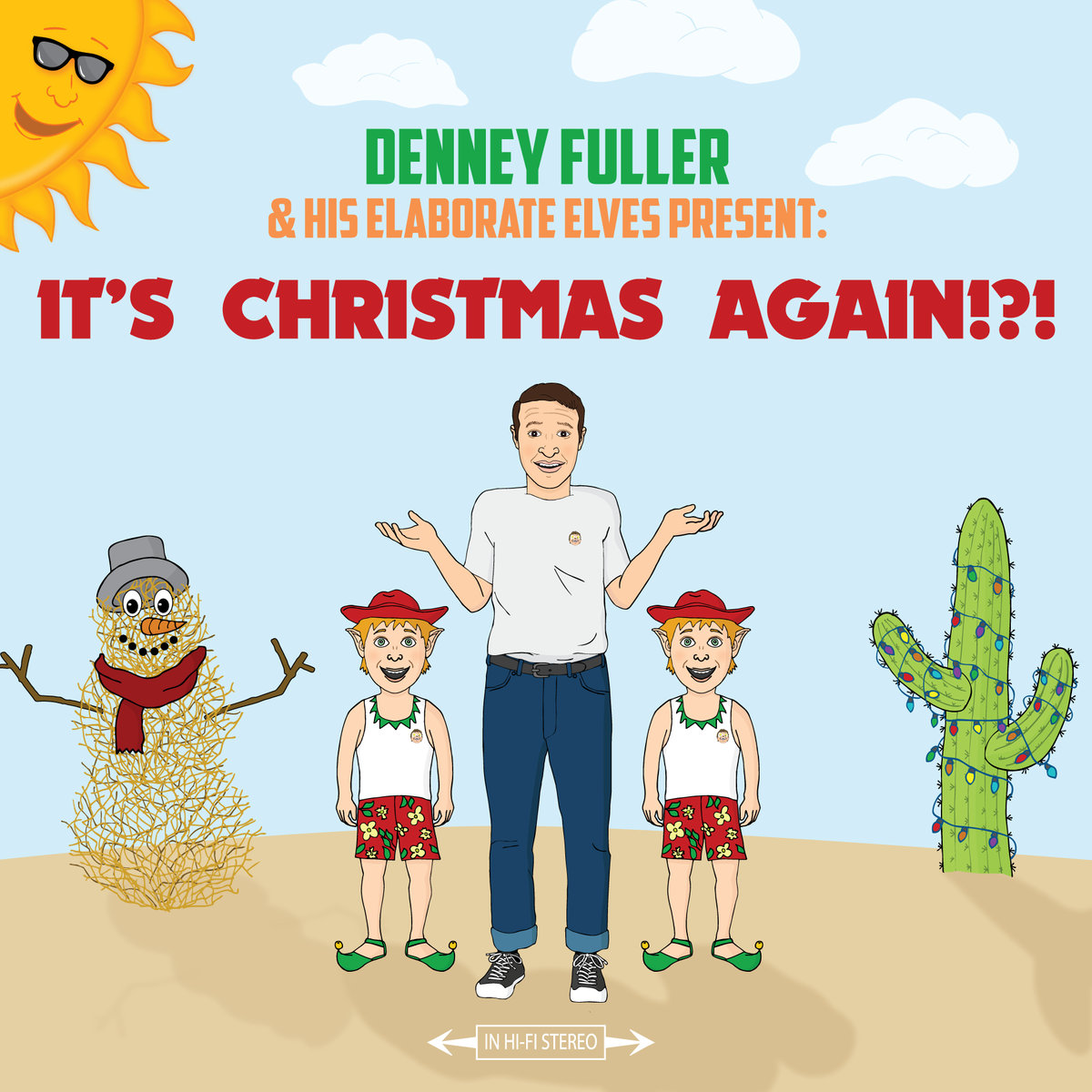 The album is a combination of original tracks and Fuller’s renditions of original Christmas songs. It’s Christmas Again begins with a short, 47-second track titled “Danny, The Elf,” which winds up at the beginning, like a toy, and plays a scratchy, high-pitched lullaby, devoid of lyrics.

The majority of the tracks are devoid of lyrics, but they effortlessly create a mood, letting the music do the talking, especially on tracks like “Shhh!… It’s Snowing,” which is the perfect song to accompany the image of snowfall.

“Sunshine Christmas,” is a longer, more indie-sounding track with a full set of lyrics and a laid-back instrumental set, combining acoustic and electric with sporadic sleigh bells. This is a happy-sounding track that is anything but rushed, begging for a “sunshine Christmas” on the beach—Christmas isn’t about where you are, but how you feel, and this song feels good. Between happy, drawn-out notes on the electric guitar, Fuller sings, “The snow is here to stay / Let’s get away / What do you say to a sunshine Christmas?”

“Wake Up Johnny, It’s Christmas Again?! (In the Pacific)” is a short, lyricless track, but breaks out the brass instruments among high notes on the xylophone. The album is Christmas seeking to create happy-sounding, feel-good songs and new ways to hear and enjoy songs we’ve heard thousands of time. With tracks primarily rooted in multi-instrumental combinations rather than lyrics, It’s Christmas Again is both joyful and triumphant. –Lizz Corrigan