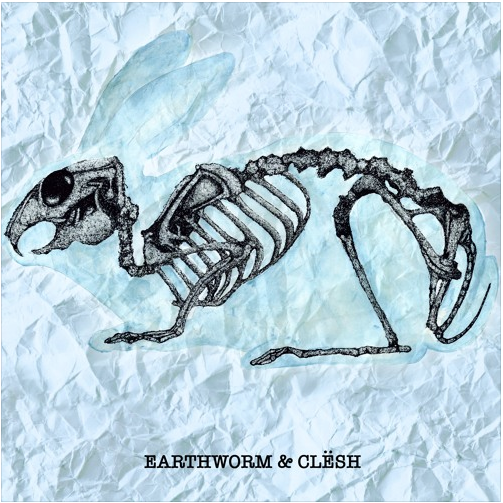 Earthworm and Clësh came back to dominate the local hip-hop scene with their latest release, Earthworm and Clësh. Growing from their darker, somber sound that came from their 2016 release, Welcome Home, the duo has integrated a jazzier, snappier twist to their already catchy beats, and the delivery of Earthworm’s bars is clean and polished. While I’ve had the pleasure of knowing Brandon Willobee (Clësh) and James McEvoy (Earthworm) in my personal life, experiencing their music sheds a whole new light on these artists.

The first track, “Kick Back,” introduces the first instance of the duo using jazzy undertones as a key element of their sound on this album. A smooth saxophone melody swings through the beat and highlights musical breaks in between Earthworm’s lyrics. This moody, low-key piece is a great way to kick off the album, because the second track, “Swanky Kong” is a whole new beast. Compared to “Kick Back,” “Swanky Kong” feels a little more mainstream, as the beat hits those key elements of a modern hip-hop track: stompy drumbeats that bounce under the melodic chimes that carry the rhythm of the track, lyrics that annihilate and a flow that swings. There’s so much attitude oozing out of this track, it’s impossible to not feel tough.

“Off day,” nestled perfectly in the middle of the album, is a relaxed track with a calm, lo-fi beat that cradles the lyrics effortlessly. While the lo-fi elements twinkle underneath Earthworm’s rhymes, there’s still enough elasticity in the drumbeat that it doesn’t feel out of place in the album. There’s still enough heat under the cool exterior. This track—and the sinister, maniacal track, “Shit Bump”—are fighting for first place when it comes to my favorite track on the album.

Earthworm and Clësh deliver an array of different soundscapes—from the aggressive, hard-hitting tracks like “Swanky Kong,” “Kill ‘Em” and “Shit Bump” to the sweet and easy in “Porcelain Rabbit,” “Ode” and “Off Day,” there’s so much diversity sonically on this album—something that makes Earthworm and Clësh stand out. There’s something for every hip-hop fan, as they feature hints of lo-fi, jazz and trap sounds to create tracks that can stand strong on their own but make for an album that stands even stronger. This album is solid, through and through, and I’m excited to see what moves Earthworm and Clësh make next. –Zaina Abujebarah