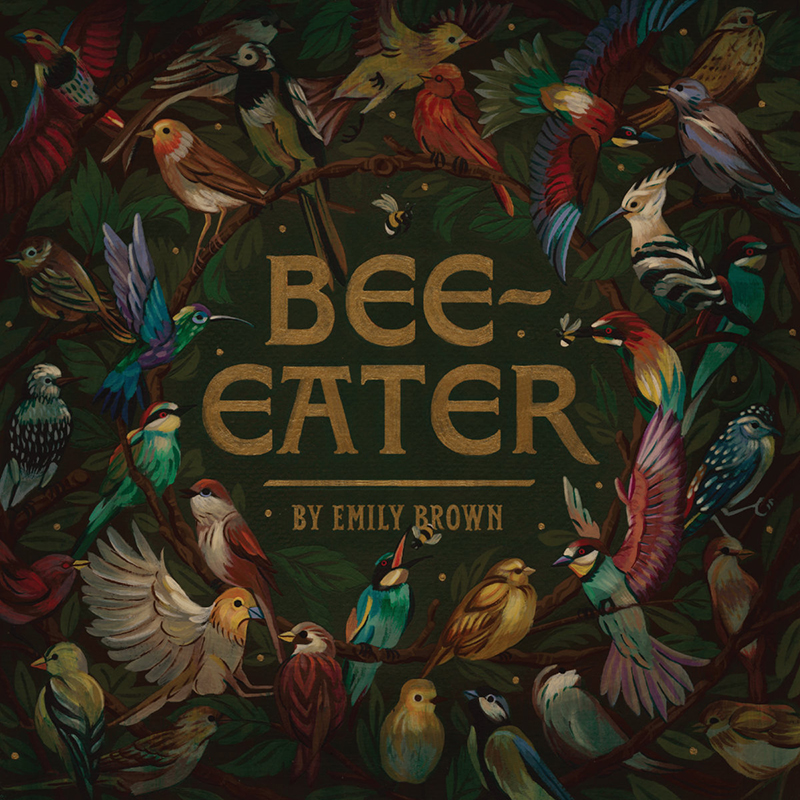 Emily Brown’s voice is something I never want to turn off. Her songs are so good that I want to sing along with them, but refuse to because then I wouldn’t be hearing her sing. Each song on her newest album, Bee Eater, has its own kind of whimsy that’s made it, for me, a perfect segue into autumn—what I consider a comfort season. This is the “lazy Sunday in October” album, the “I don’t want to do anything this afternoon” album—the “big-sweater” album.

I didn’t know Emily Brown before this album, so one of the first thoughts I had listening to Bee Eater is that Brown has a wide vocal range—she’s undeniably folksy, but sometimes her voice is tinged with the familiar playfulness of Regina Spektor or dreamy, Lana Del Rey vibes. “Giving Up” even exudes Ben Folds melodrama. “Yes, I loved you / But now I’m three years older / And 18 will always play fool to 22.” A lot of names jumped at me initially, and I suppose that’s partly what makes Bee Eater a comfy autumnal album—but I kept it on repeat long enough to let Brown carve out her own voice in my head. It’s earned that space.

“That’s Not Me” starts the album and is what first made me think of Spektor—Brown is assertive in her lyrics and in her talent, musing on her own worries and strengths about who she is. “Can I be trusted? / I worry I can’t / At least I am who I say I am.” It’s a strong lead for the album. My favorite track is “Take Me Up Slowly,” which feels the most vulnerable. “I don’t think you’ll hurt me / I think you’re worthy / I think you’re kind.” It’s the eighth track on the 10-track album, so if you’re like me you’ll have long been disarmed by Brown’s earnest lyrics already, but these are still some of my favorite.

Bee Eater is like the instrumental version of itself, by which I mean to say it would be ridiculous ever to not want to hear Brown singing. Listen to this album on Spotify and buy it at emilybrown.bandcamp.com. –Parker Scott Mortensen