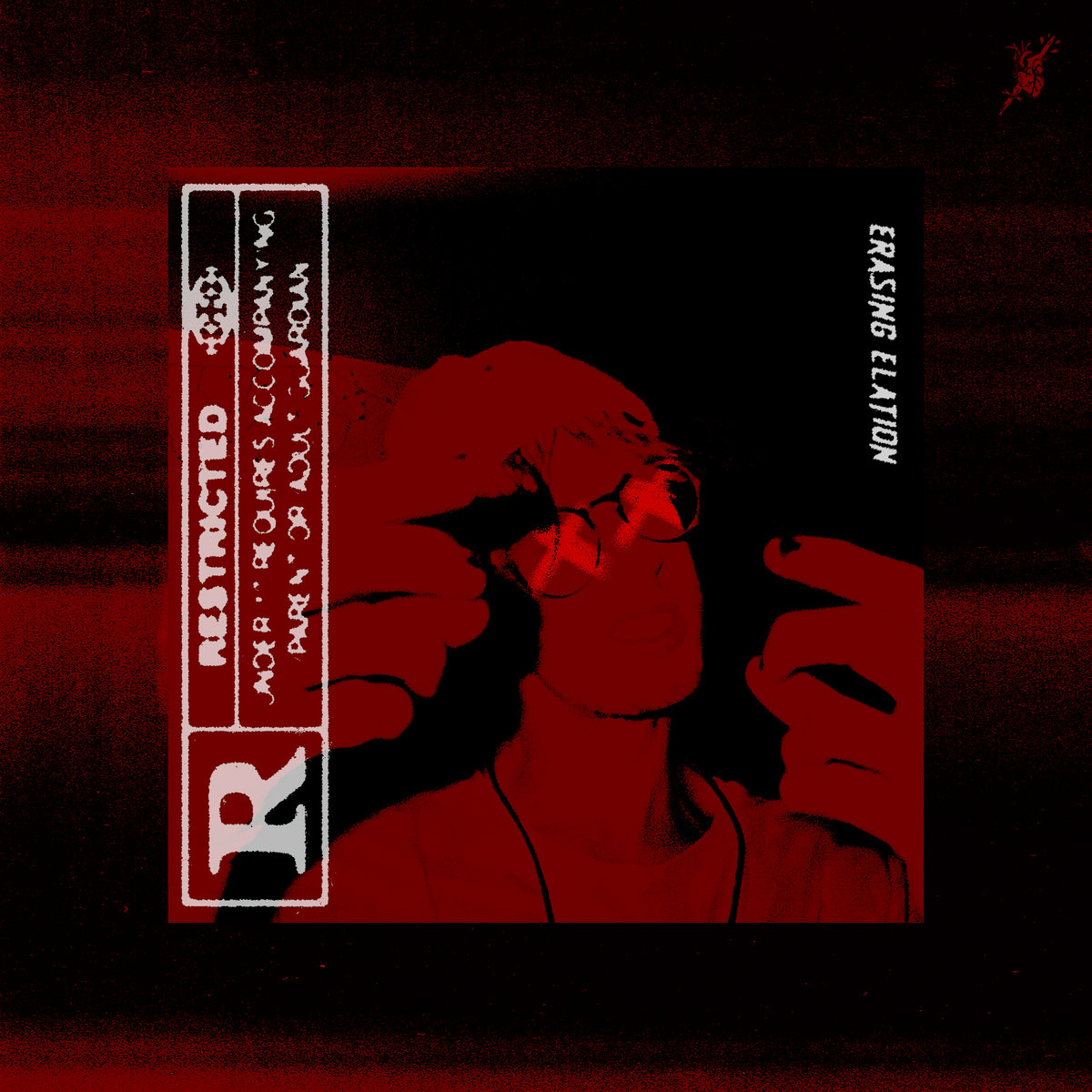 His birthday is in August, but he felt you should have his new EP now. Scouty has made the best of 2020 with Erasing Elation, and it’s a completely new ballgame. Erasing Elation is just as intense and emotional as his 2019 album, Prophet, but set in a different scene with a completely different filter. Scouty has managed to create a sound that feels like a pop-punk record that was put on a scantron, ran through a machine, translated to hip-hop and then translated back again. The two genres are not a common mix, which makes for a unique and exciting sound that’s unlike anything I’ve heard.

Erasing Elation feels like the genesis of a new music trend or a new technique when it comes to writing music. But even though it provides an uncommon mix, it still has the parts of a pop-punk song that you’re dying to hear—and likewise for the EP’s hip-hop and alternative tendencies. The prominent distorted guitar chords are there, and then you also have synthesizers. The acoustic drums are half the EP, and the electronic drums are the other half. Each lyric is sung with just as much torture as every good pop-punk song, and then you also have segments where there’s stylistic autotune like every good pop song features.

The EP’s last song, “This Is a Trance,” became my favorite off of Erasing Elation before the intro was even finished playing. Once the drums kick in and this synth-y ethereal lead carries the song, it’s like the listener has entered into a different world from the previous track, “Erasing Elation.” Once the verse starts though, there’s another shift and it feels like we’re back to a punk scene. The listeners who normally frequent the pop-punk genre are going to have different opinions of the best parts of Erasing Elation than the listeners who frequent hip-hop or alternative rock. It’s an appealing album for a wide audience.

We couldn’t finish without going over some of the great lyrics featured in Erasing Elation. Some of them are rapped, some of them are screamed, some are washed with effects and some are harmonized. The second track, “Birthday,” starts out with the line, “Hey I want you to come to my birthday / It’s in August this year and I know it’s only May / But I felt you should know cuz I saw you lookin at me through your window.” And in the title track, there’s a repeating line of “I want a love like vinyl records” that’s panned from left to right and feels like it’s being sung through a series of effects and swirled around the listener’s head. The lyrics are a new resonance from Scouty’s previous work—it portrays this overarching feeling of happiness. It’s not quite blatant optimism, instead, it feels like the lyrics come from a place of gratefulness that love happened, but they’re torn up with the fading of love’s ecstatic “elation.”

With Erasing Elation, Scouty has given us a refreshing and new wave of sound for this crazy 2020. After you’ve erased your elated faces, you can draw them back on again for more to come in 2021. Be sure to frequent @scouty_official on Instagram to keep up with events and other media from Scouty. –Mary Culbertson