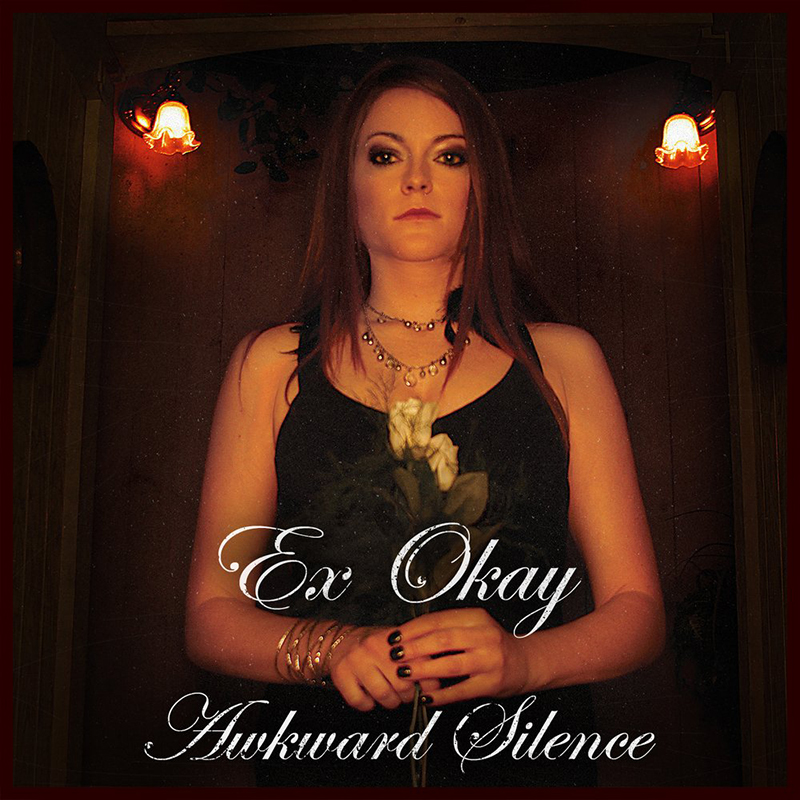 Ex-Okay is a band with more than a couple surprises tucked up their sleeves. Their debut album, Awkward Silence, is actually anything but silent. Furious guitar riffing, lovesick singing, and crystal-clear mixing make Awkward Silence a release I want to pick up if I’m looking for something with a bit of intensity, a bit of screaming and a ton of character. Technical variety is fundamental to how Ex-Okay produce their music, and Awkward Silence is a bold and successful expedition into uncharted musical territories.

The album showcases a tremendous amount of diversity. At one moment, it’s light and acoustic and at the next, it’s heavily compressed and intense as hell. Awkward Silence features zany vocals, lots of screaming, choppy drumming, glitchy sound effects, violins, synthesizers—the list goes on, and it’s a pretty confusing list—but given that Awkward Silence has confused me more than a couple times, it’s probably fitting. “Memories” is a delicate, acoustic serenade with a little more-than-airy guitar strumming and upbeat vocals. The very next song, “City Lights,” erupts immediately into heavy riffage and screaming. The vocals go from poppy, to nasally to screamo, often within the same song. When the violins start playing in “Locked,” I honestly had to double check I was still listening to the same band. Despite it all, there’s still a semblance of cohesion to the album. The lyrics throughout the album tell a narrative of heartbreak and honesty. The energy in the album fluctuates, but is mostly dialed high, providing an intense ride with brief respites of piano or acoustic guitar.

The technical skill that these musicians have is impressive. The guitar arpeggios which kick the album off in, “If You Only Know What I Knew” are hypnotizing. The drum fills are always tight, and the band uses choppy rhythms with ease to control the flow of energy in each song. I was caught offgaurd by the vocals a few times, but it’s mostly the Mark Hoppus effect, where the vocal style sounds almost out of place, while somehow still meshing really well. This album goes from hardcore to softcore to pop and back, and each destination highlights new bits of skill. Of course, you can hear it all for yourself on the band’s website exokay.com and stay up to date on the band’s upcoming appearances. –Alex Blackburn