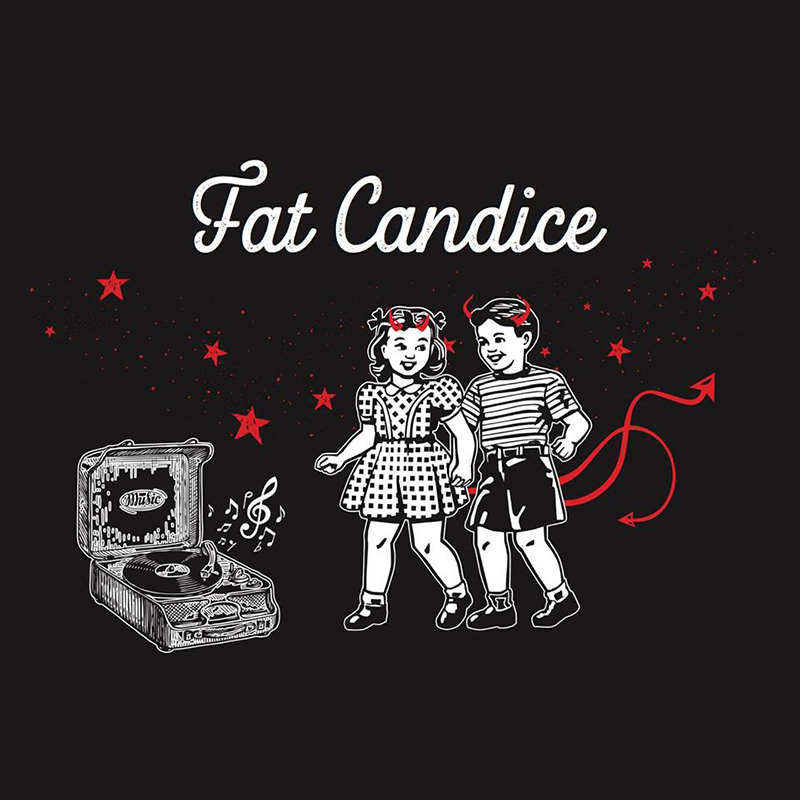 When listening to Fat Candice, it isn't hard to glean off the top of their sound the weight of nostalgia that goes into each song. It's a pretty good bet that Fat Candice was raised on their parents’ classic rock FM radio stations and spent their adolescence knee deep in Jane's Addiction, Alice In Chains, Soundgarden and all of the other bands that carried that sludge around like late-evening Seattle fog. This is my second go around reviewing this fantastic band. I made the same comparisons with their last self-titled album (AKA Ice Cream)—that ’70s/’90s musical concoction that pours out into a deliciously entertaining drink. A drink that has been served across the Wasatch Front and all the surrounding areas for some time now. For the recent self-titled record (AKA Stars), Fat Candice serve much of the same offering—and that's a good thing.

The ’90s end of their influence seems to be in the drivers seat this time around. I can hear a mash up of the decade all over the place. Rob Alvord (guitars, vocals), Clark Cannon (bass) and Adam Ridd (drums) deliver a head rush of emotion and tone shifting while mixing the right amounts of levity with existential anxiety to create the perfect balance. The record begins with a Stone Temple Pilots-like, gasoline fueled burner, “Psychonaut,” and then it takes a breath in the middle with an emotional tinged ballad, “Life Is A Day.” The track that jumps out at you is another wink and a nod to the past: “Donny Osmond Will Have His Revenge on Ogden.” It's not hard to figure out that this song mirrors Nirvana's “Frances Farmer Will Have Her Revenge On Seattle.” It's a whirlwind, beer buzz of a song that sways and grinds with that quick, start/stop/start rhythm that Nirvana stole from Pixies and Fat Candice steal right back for themselves. Alvord sings it with that gravel gargle of Kurt Cobain. It's a treasure. I'm not confident enough with my lyric interpretation to be sure what he’s saying, but the gist being: “The one with fire from above is the one with puppy love.” Brilliant!

I want to make something very clear, Fat Candice is not a nostalgic act. They are masters at yanking at your music-memory strings and then shifting what’s familiar, turning it inside out, and making that sound their own. I loved this record. It was an adventure absorbing these songs. I look forward to having these songs ripped back out of me at one of their live shows. –Russ Holsten