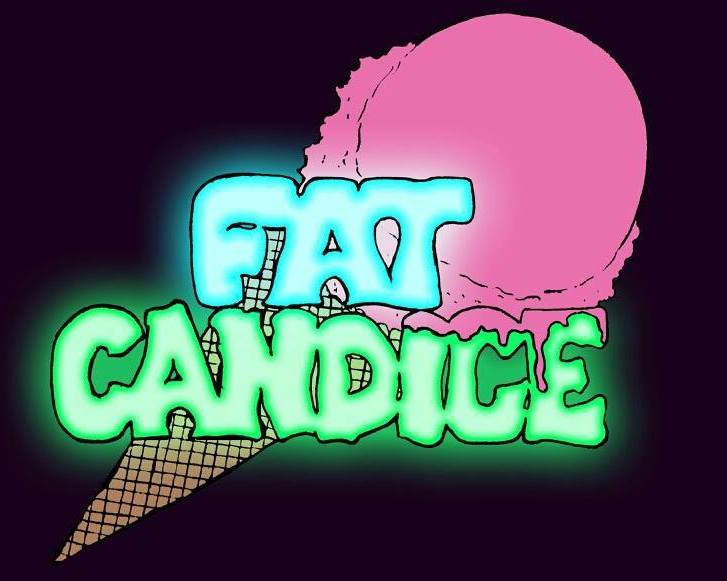 If Thin Lizzy were to be reborn, fattened up and renamed for a new generation, you would have Fat Candice. Thin Lizzy were a straight-up rock n’ roll band out of Dublin, Ireland that unleashed the beast in the heart of the ‘70s, releasing such hits as “Jailbreak,” “Whiskey In A Jar” and “The Boys Are Back In Town.” Fat Candice follows the same blueprint, and they deliver the goods on their self-titled album.

I’m not comparing the two bands just to be clever, but there is a little of Thin Lizzy in Fat Candice. Both bands are guitar-driven, no-nonsense, in-your-face rock n’ roll. It's the kind of music meant to be heard live and experienced on a barstool in late-night, crowded rooms fueled by adult beverages and other intoxicants. This record doesn't try to be cute, with no tricks or studio wizard misdirections—it’s the live act recorded, the way, I'm guessing, Fat Candice want it. The album is set up like a live show, bookended by guitar pile drivers and slowing down in the middle. The introspective “Let Go” centers the record, throwing out worldly advice for free: "Take away the thoughts that haunt you.” Let go. Move on. Simple.

The tracks “Snake vs. Panther” and “Motorhead” are the songs that pay the bills and bring bodies to the shows. It's the Fat Candice sound. “Snake vs. Panther” slaps you around, picks you up and slaps you again. "Nowhere to hide / Nowhere to go … Oh, well!" It's almost a Metallica song—it’s definitely a song Metallica wished they'd written. “Motorhead" is hopefully a wink and a nod to the late, great Lemmy Kilmister. On this track, the guitars are the show. They own the song. The vocals slide into the backseat, only showing up long enough to support the heavy instrumentation that drives the car. Buckle up, hang on and enjoy the ride.

Be a witness to this local band and be an early adopter of an engaging local sound—a vintage sound that deserves your attention. It's time to share SLC's best-kept secret with your friends, family, strangers and any stragglers you might find on the street. Bring them to the shows, buy the T-shirts and own this record. –Russ Holsten