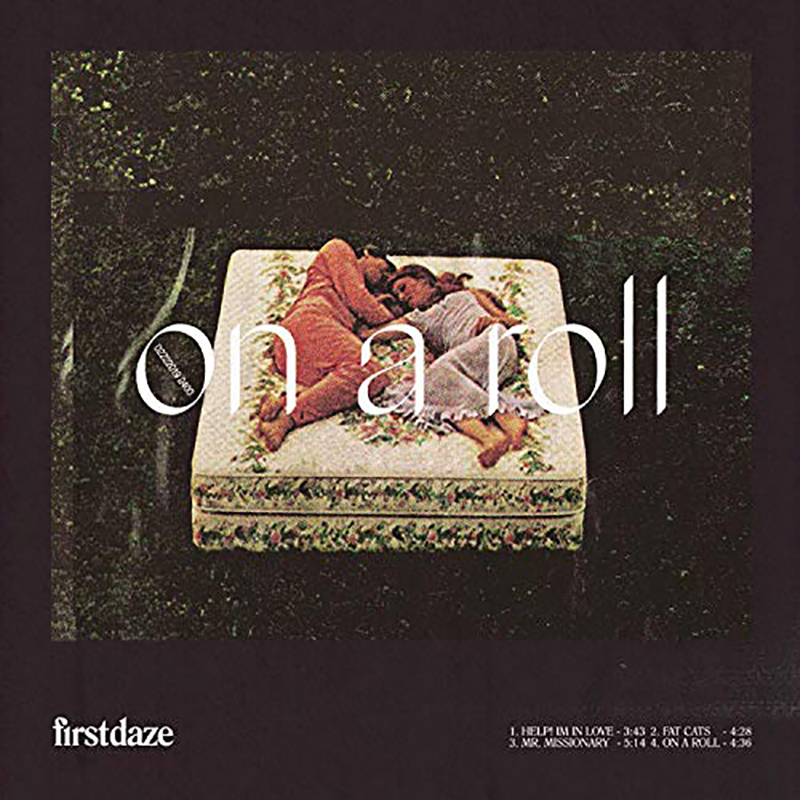 First Daze
On a Roll EP

Though not afraid to be politically charged and controversial, First Daze have still managed to release a minimal and simplistic EP with On a Roll. Sometimes it’s clear that the lyrics are saying something pretty important and it’s the focal point. At other times, the songs seem to be more about the general aura that is given off—like a song meant for a campfire. Regardless of where the listener’s focus is at any given moment, it’s easy to sway or head-bob along to the rhythmic electric-acoustic guitar that fundamentally drives these songs home.

On a Roll opens with a lighthearted tune called “Help! I’m in Love,” and then the next song, “Fat Cats,” quickly ripples to a heavier topic. Lyrically, the latter song is driven by a chorus that speaks about the political and ignorant big-wigs of the world by stating, “Accepting the credit, Ignoring the deficit / That’s basic, high waisted / So low they got wasted / And painted their face red / And waited and waited / For it to get to their head.” By the end of “Fat Cats,” it feels like First Daze are singing an anthem of hard truths, and behind them the guitar strums and drums rush to express the feeling of anguish and burden that they’re eager to let out.

At first, I thought the basic IV–V chord progression of each song on On a Roll was a bit of a bother. However, by listening further into what they’re singing, it felt really effective that they would back it up with smooth and simple folk-like rock. First Daze are a trio—Taylor Lines and Gui Pelaez bring vocals and electric/acoustic guitar, while Benjamin Thornton backs them up with drums. There is no bass on the studio versions of these songs, however First Daze do a great job of making the instrumentation sound full.