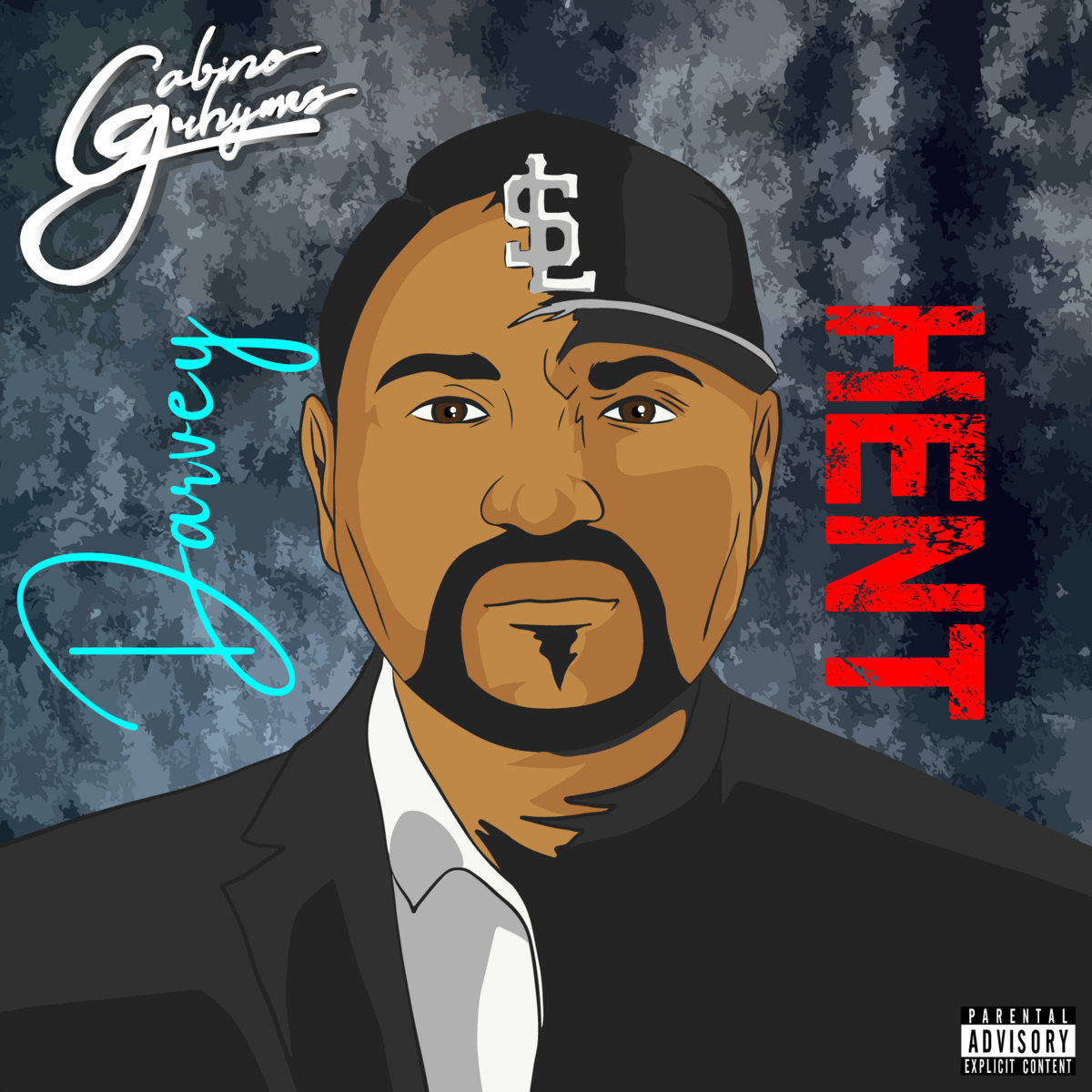 Local artist Gabino Grhymes is back with his new full-length, Darvey Hent. Grhymes’ name is fitting; combining the word “grime” and “rhyme” is an apt description of the music he puts out. Mixing classic hip-hop lyricism with a more modern, grimy delivery, Grhymes has carved out a niche for himself in the SLC rap community, which he solidifies with the release of Darvey Hent.

With a delivery that sounds like Danny Brown at times, Grhymes hops through Darvey Hent with energy, spitting his lyrics on tracks with a broad range of collaborators, from R&B singers like Honey to rap peers like Fuego Skilz. “Our Dinner” takes a rap-centric approach, with Grhymes and Rebel Taktics spinning lyrics over a classic, boom-bap beat. Rapping that they’re “hip-hop hard hitters” in the chorus, Grhymes and Taktics show a mastery of the craft of hip-hop in “Our Dinner,” which is reinforced by Grhymes’ versatility across the rest of the album.

Throughout Darvey Hent, Grhymes takes the listener on a journey into what it’s like to be him and exist in his world. Even though we’re hit with some bangers and high-energy tracks, Grhymes also makes sure to take time for introspection and to use his art as a vehicle to showcase who he is as a person. In “D.K.M.” Grhymes raps, “A perfect person is not what I want to be, but it’s a present person who sees how life lives.” Grhymes is honest in who he is and where he’s at in life, and chooses to use his art as a vehicle to show who he is rather than flex about the material things he has.

Weaving personal truths and this type of introspection into an artform like hip-hop is no easy task. However, Grhymes takes it on throughout the album, and it feels genuine. “Where I Go” gives the listener an idea of Grhymes’ personal philosophy on life. He’s laid back and knows who he is, starting his verse on the song with “Guess who’s living their best life / B**** it’s me,” unapologetically declaring he knows who he is and what he wants in life. The chorus of “Where I Go” only reinforces this independence and freedom Grhymes enjoys, with vocalist Honey repeating the chorus: “Where I go is where I go / Don’t tell me where I’m going / Where I’m going.”

The combination of grimey rap styles with a more laid-back, West Coast flow makes Darvey Hent a perfect springtime listen. Tune in to “Gas” for a relentless flow of lyrics, or lay back to songs like “Fuego Ludes” and watch the world pass you by. Either way, you’ll be happy you checked out this local release. –Taylor Hartman