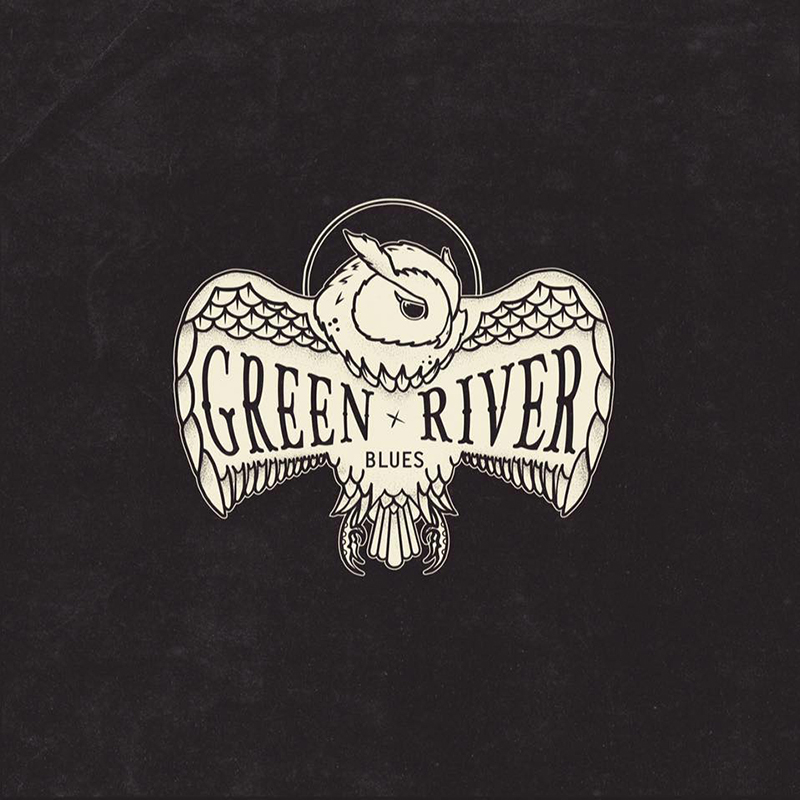 Locomotive is a heavy duty, riff-laden, bluesy conglomerate of tracks that make sitting still nearly impossible, from its initial moments until its last. Green River Blues, a quartet of talented rock musicians from Salt Lake City, brings a sound that comes across as highly refined and polished, yet grungy and palpably in your face. The band lays it down very tightly and organized, always playing off of one another.

Front man Cory Amundsen, who also plays guitar, started the band a few years ago, bringing on Mac Wray shredding lead guitar, Shawn Davis strumming bass and Stephen Bigelow pounding drums to form the ensemble. Together, they sound like they know each other from another life. The whole album is smooth—and, this is their first offering.

“Little Bird,” the opener, is absolutely dense. Amundsen’s vocals are pleadingly coarse, but full of range and life. At times I think of Chris Cornell—not the highest high Cornell gets into, but the solid, instantly recognizable, middle ground stuff. This track also features a killer guitar solo by Wray toward the end. What a great introduction to the band.

Locomotive jumps right in and takes you on amazing little trip that is not easily forgettable. Bigelow nails it a number of times with the percussion. I personally love what he’s done on “Lose My Mind.” And, I can’t get beyond the pulsing bass crafted by Davis on “Lonely (At Last).”

A lot of tracks here sort of remind me of an early ’90s mixture of grunge and metal. Not fully one or the other, but with an added, hefty touch of the blues. I kept thinking Silverchair and Candlebox, had they come after Jack White. “Locomotive,” and “Velvet Moon” both push me in that direction of thinking, as does the opener.

Some tracks, such as “Roll Me,” aren’t as hard and have more of a rhythmic blues feel, complete with adept female backup vocalists. “Evil Woman” also fills that bill. “Strange Day” is an emotional track that slows the album down to a halt to finish it off. It’s a great send off, produced perfectly with the sound of drizzling rain and all.

I’m absolutely impressed with this being the band’s first album—they can wail. I think I’ll be checking in on social media so I can catch their process live. –Billy Swartzfager

Localized: Bronco
Local Review: The Cold Year – Prey for Me