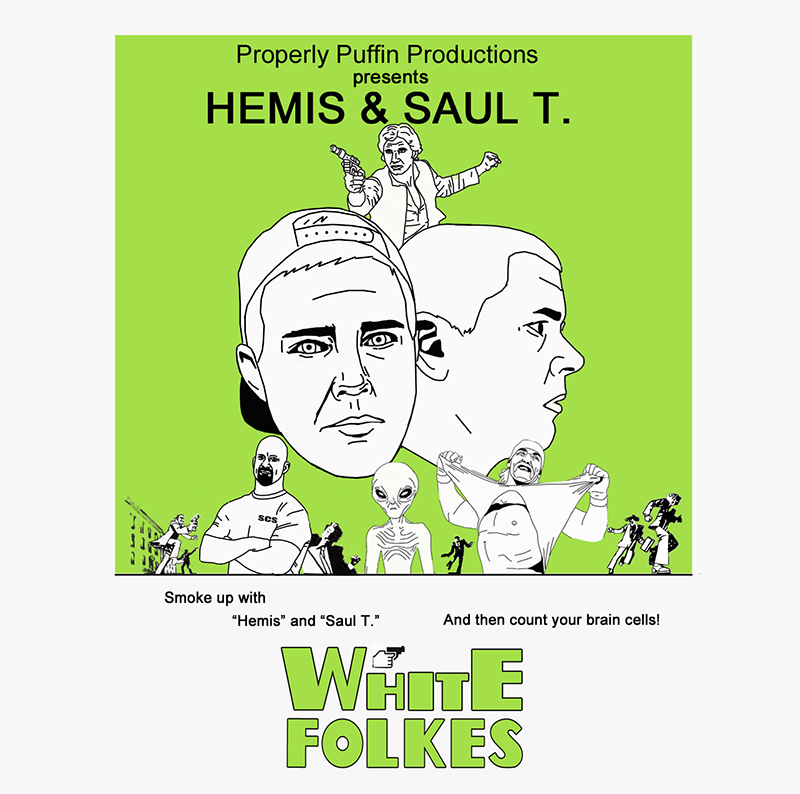 White Folkes is a reference to Iceberg Slim’s novel Trick Baby in which a black man with fair skin, blonde hair and blue eyes passes for white—a black person in white skin essentially. Hemis—whose real name is Jimmy Crapo—is an aspiring rap artist, and Saul T. (the beat maker) is a soldier in the Army who is stationed in Louisiana. The two have been ridiculed by their communities for enjoying a pastime once thought by many to be solely for inhabitants of the ghetto. “It’s supposed to make you nervous / It’s supposed to make you laugh / It’s supposed to make you pay attention when I’m laying raps,” Crapo says in the title track. The concept of the album and the depth in which Hemis articulates his viewpoints make up for the fact that he only has had a year and a half in the game to polish his skills. Some of the beats are bare as skeletons and the rhyme schemes are a bit offbeat in some spots, but White Folkes is definitely a work of art for hip-hop fans of all complexions to enjoy. –Keith McDonald

[Correction: This album is not Hemis’ debut—he has also released an album with Young Mindz.]