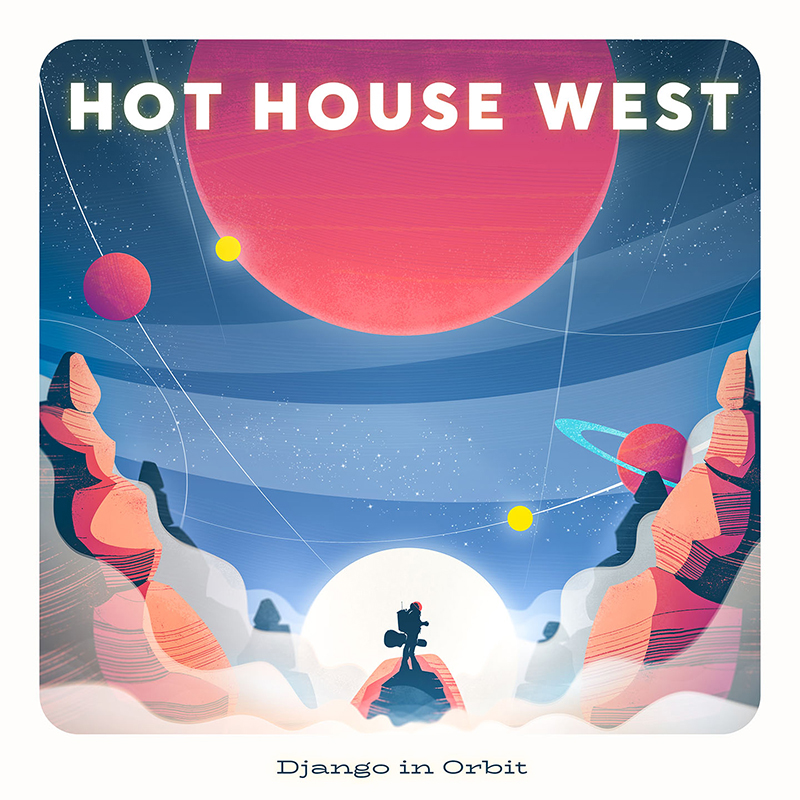 The name of our NBA franchise aside, we’ve never really been a hotbed of jazz. Perhaps certain spiritual ideologies never allowed the genre—at times synonymous with smoke-filled lounges and late-night, drug-fueled jam sessions—to gain fertile ground. We are home to the legendary Joe McQueen, and there have been bright spots like Salt Lake finally getting its own jazz festival. Still, we’re playing catch-up, culturally, in the world of jazz. But fret not, hepcats: Our champions have arrived.

Hot House West is a “gypsy-jazz” band, a genre that is exactly what it sounds like. When Romani guitarist Django Reinhardt heard American jazz, he—along with violinist Stephane Grappeli—formed the quintet, Hot Club of France. Since then, every gypsy-jazz artist has worshiped at their altar. I have never seen another genre come close to the love and adoration of its progenitors as gypsy-jazz does. As you can see from this record’s title, Hot House West are no exception. Not to say that this platter isn’t dripping with originality—which it is—but it’s that rarely earned originality that comes from studying the journey of masters. Somewhere in between the failures and successes of trying to emulate that greatness, Hot House West find their own.

Formed in 2011 by students in the University of Utah jazz program, Hot House West (originally named Hot Club of Zion) are a versatile combo that has played all over our great state these past seven years. This record seems to be a product of all that experience and hard work of honing their craft. The first track, “Pyramid,” begins with a roaring, rhythmic guitar riff that becomes entrancing as the first long, drawn-out notes of a violin begin to float over the charging rhythm. The horn section begins to take over the melody, and an interplay of lead guitar and the other elements ensue. The result is a pronouncement of what Hot House West are capable of.

While the obvious influence here is gypsy-jazz, there is a mix of other influences like early swing-jazz greats Fats Waller and Louis Armstrong, and it even has some of Dixieland moments here and there. In a way, these guys are grabbing some the more interesting elements from all over the jazz and roots music palette and landing in their own territory. Even a standard like “Night and Day” becomes a different animal, as cooking solos and red-hot rhythms swirl under lead guitarist, Nathan Royal’s emotive vocals, making this well-tread tune something I’ve never heard before. I don’t know if American-gypsy-jazz is a thing, but Hot House West make it beautifully. –James Orme