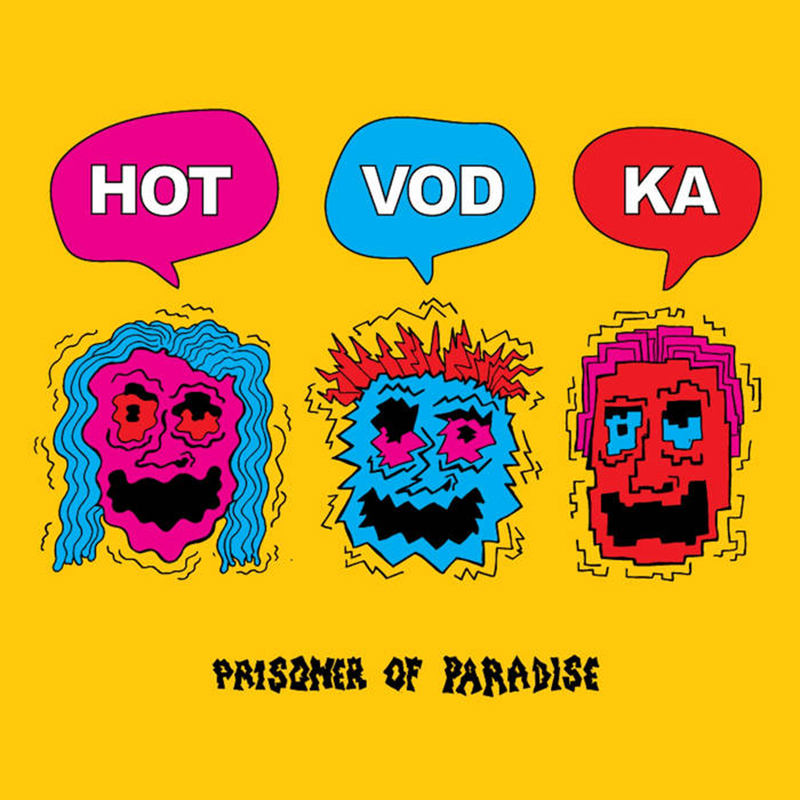 After a series of casual and after-party jam sessions between friends, Hot Vodka emerged from the basement and broke into the local music scene. The band comprises Andrew Aldridge (drums), Logan Griffith (guitar, vocals) and Durell Williams (guitar, vocals), each bringing their unique musical quirks and influences to the stage. Former bassist Sean Whitaker slaps the bass on Prisoner of Paradise, but left shortly after the release to join the Navy (thanks, Sean).

Prisoner of Paradise dropped in June following their showcase five-track EP, Everyday is the Same, which was released in February. Everyday is the Same is traditional rock n’ roll, leaning toward acid rock and incorporating lyrical simplicity, intense drumming and amplified electric guitar progressions with elements of rawness and psychedelia.

In three short tracks, Prisoner of Paradise proves that Hot Vodka are a group of innovators, not imitators. Holding onto the rock/acid-rock elements, the seemingly distant skate-punk-like vocals center on heavy metal melodies. The EP opens with “This Time,” a comparatively mellow and trippy song with drawn-out electric distortions and slow jams. With each track, the rhythm picks up—“What’s Going On” is a catchy electric set, beginning with simple chords supported by distinct bass riffs, and then transitions into fast-action picks and drumming, peaking with a heavy electric solo about midway through the track. “Prisoner of Paradise” seems outwardly void of the bass and noticeably more metal and dominated by electric guitar. Dramatic advances between energized strums and picks leaves me feeling trapped in a realm of technical electric frenzy.

Hot Vodka play shows at local hot spots like Urban Lounge and Kilby Court, opening for groups like Max Pain and the Groovies. Rooted in the skate and snowboard world, they were invited to headline at Art/Visuals, a May art show and live concert at the Photo Collective Studios that was featured on snowboarder.com. Hot Vodka are on a roll, developing a more unique sound with Prisoner of Paradise, and it appears they have no plans of coolin’ down. Get trapped in paradise. Mark your calendars for their next show, cruise over to hotvodka.bandcamp.com, and fire up Hot Vodka’s newest EP. –Lizz Corrigan