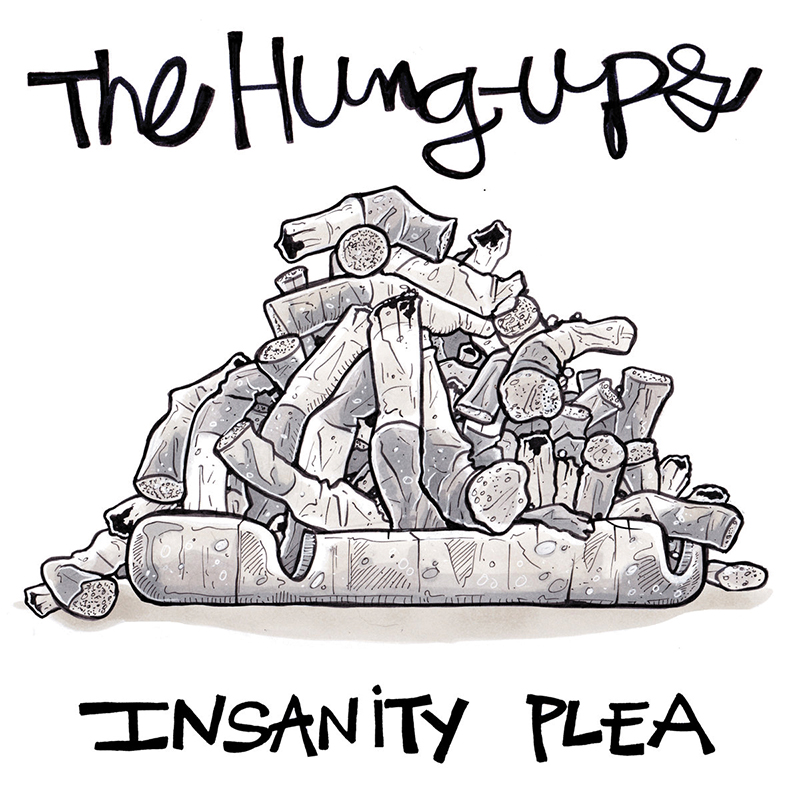 I tend to get pretty bored with the current state of punk music. There’s only so much a punk band from the 2010s can do with music that so blatantly lets the ’90s seep into their sound without stepping outside of the boundaries at the risk of getting slammed with criticism from a derisive fanbase. It’s a struggle between staying true to the style while not trying to sound like a Pennywise cover band. On one hand, I think we should just let it die, but on the other hand, I should probably shut my big mouth and not criticize musicians who want to play what makes them happy. I know that The Hung Ups are doing what they want to do despite what anyone else thinks, so I took their latest EP Insanity Plea with an open mind and tried not to come off as a jaded asshole.

While I do complain about the repetitiveness of the Hung Ups, I will give Insanity Plea credit that it’s not trying to come off as something more than what’s expected. The musical execution is honest, lively and fun. “This Summer” comes off with a late-Descendents vibe, with vocal harmonies so infectious that those earworms will be nesting for weeks. “Episodes” lays down serious speed that never lets up, a standout to the surrounding panorama of mid-tempo tracks. However, the real standout is “Boiling Point.” Maybe it’s because there’s not so much of an emphasis on guitar harmonies but more intense riffs combined with Josh Recker’s vocals that, on this track, seem to have congealed in a gutter. It sounds like an electrified version of what you’d hear from a train-hopper, folk-punk song.

What more can I say about The Hung Ups? They’ve been abrasively straightforward in their musical delivery in that they’ve been releasing the same style of music for eight years. Their albums have that mid-’90s, Punk-O-Rama vista set at the forefront of their sound, so you obviously know what you’re getting into. As straight as it is, it’s not completely devoid of enough turns to deprive the EP of an identity among its predecessors. While I do wish they took more advantage of the risk factor, it’s still an enjoyable listen. You can always feel that The Hung Ups are just here to have fun with everyone who listens. –Eric U. Norris