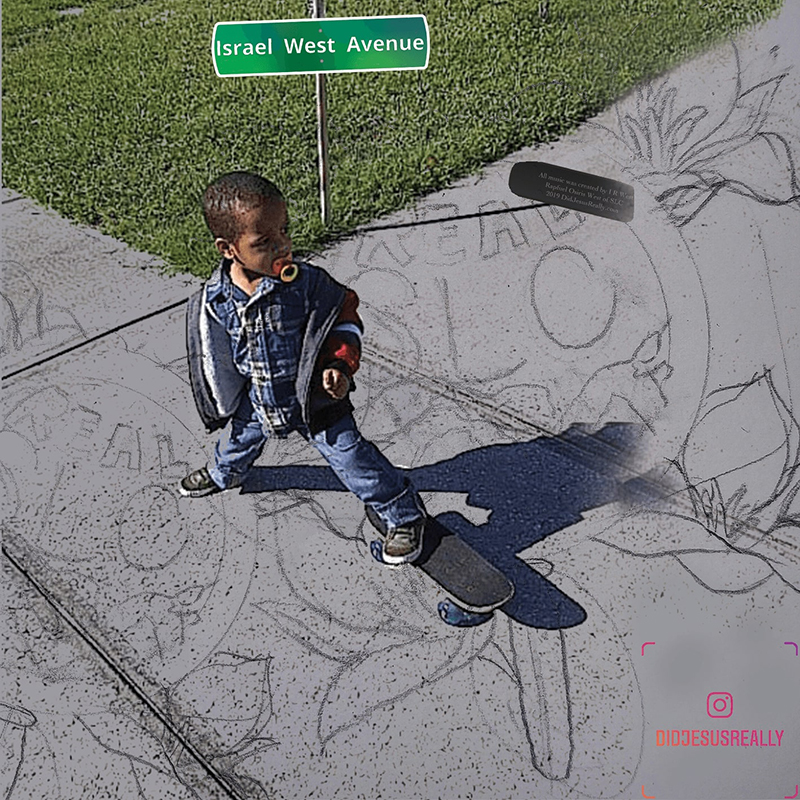 Bringing a unique brand of hip-hop with a uniquely delivered lyrical style, religiously influenced tracks and minimalistic beats, Israel West has unleashed his newest release, Avenue, to the masses. Avenue comes along as something different. With a DIY, lo-fi sound in its production, it lends itself to coming across as raw, allowing West’s words to feel more authentic with each track.

The album opens with the a capella track “Wishing Well or World War,” allowing Israel to let his vocal delivery shine and leaving you wondering where it is leading you. What did come up as a minor problem was during “Toast,” the second song on the album which kicks in with a faded pop vibe, is that the vocals get a bit lost in the drums. The following tracks “ARM (A Charge)” and “A Charge” luckily fix that issue, allowing for the vocals to breathe a bit more. These two tracks work hand-in-hand with one another, using shared elements for their beats, creating a different listening experience. With its short run time, “A Charge” acts as an extension of “ARM.”

The latter half of the album features more religious-driven tracks such as “Help Me” and “Open Prayer,” which felt oddly relevant in a year where Kanye West is releasing gospel albums. Avenue closes out with maybe its strongest song, “Sunk.” Driven by a chaotic, piano-led beat and a solid drum pattern, it shows Israel West’s hip-hop chops best.

Overall, Avenue is a solid release with a lot of heart and charm in its raw execution and delivery. Aside from a minor audio slip here and there, West is showing that he can do a bit of everything on this album, which is exciting for any future projects in the works. –Connor Brady