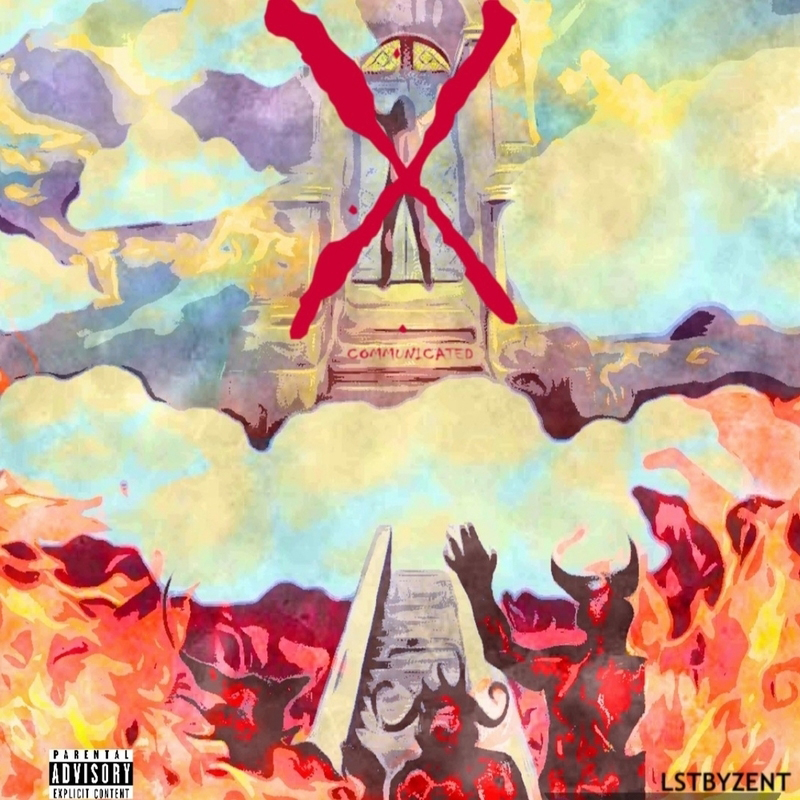 Local rapper Izzy Davis is on the scene with a fresh, introspective album called X-Communicated. Davis takes his time on this 17-track journey into what it’s like to live his life, and what living through struggles on the West Side of Salt Lake is really like.

Davis raps to typical, well-mixed trap beats. The bass is standard for rap music these days, as are the hi-hats ticking away at a high octave and quick pace. The whole album is cleanly produced and feels very professional, which makes the listenability much easier than other local drops. In many cases, the beats tend to act as a canvas for Davis’ voice, not distracting the listener from the content of his raps.

There’s an obvious interest in lyricism and technicality in Davis’ work. He jumps across the simple, trapped-out beats with his voice, finding different flows and meters, often rolling his syllables quickly together and tap dancing on the beat. Often, this experimentation works. Occasionally on the album, there’s a pitfall and Davis’ flow falls off the beat. On “X-Communicated,” Davis rolls one syllable too many into a lyric, saying, “You can call this thing my port-a-potty / Make you commit suicide like you’re poopy watching.” Also, the content of that line makes little sense to this reviewer—but who knows—I may have heard the words wrong, as the lyrics go by so quickly.

Much of X-Communicated’s content is real and stems from Davis’ own experiences. He talks about anxiety, relationships, getting fired and what it was like to live in a house with a drug-addicted mother who sold narcotics. On “I’m Sorry,” Davis talks about how he had a tough upbringing and sometimes he feels like he’s a disappointment to people around him. He raps: “If it wasn’t for my grandma / I’d have a bit of foster time,” and, “My past, I guess I say that I ain’t proud / When I was young I would bully kids on the playground.” This subject matter fits Davis well. It’s fresh, it’s from the heart and it’s authentic.

As a whole, X-Communicated is a great mirror of who Izzy Davis is and who he wants to be as an artist. Be sure to check out this album, and stay on the lookout for more work from Izzy Davis in the future. –Taylor Hartman