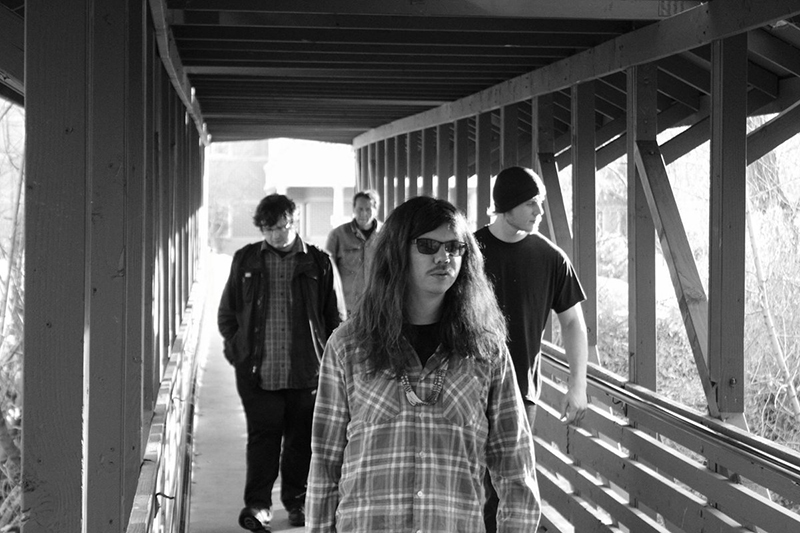 Superstition reflects unkindly on the number 13 but our friend here, Jack Wilkinson, started playing at that age nonetheless. Perhaps it was his big, shaggy, brown hair or large framed glasses that consumed the oddness of such a number, but those that know him know the secret lays in that incredible, curiously off sound that sits at the back of his throat.

Writing his first song a few years later in high school was the next chapter in this musical book, and the album Down the Road was the next. Taking time off to finish school and create a new set of talented musicians to move forward with leaves us where we are now: on the forefront of the career of this talented local musician.

The album, simply titled Wilkinson is more Led Zeppelin than the folk genre the singer’s online presence would indicate. Songs like “Treasure for Trash” and “Sick in the Head” keep things moving, and give the other songs time to wander and become the immensely enjoyable things they are. This is most apparent on “Tale of Constance,” which goes to incredible lengths to show the range of this band. Bob Smith’s drums and Geed’s bass set a tempo reminiscent of a rollercoaster, if that rollercoaster was designed by Pink Floyd. Marco Alickovic’s lead guitar adds to the wonderful, isotropic pulse of the album, and we find ourselves wondering what future goods this band has in store for us.

All of this reminds us that this musical story needs little reading between the lines. The band and the subjects they sing about are for everyone, and I can’t see a reason anyone would not like the songs they’ve created. A musician is always an entertainer and at the mercy of his audience. Wilkinson doesn’t boast its charms—it just hopes you take a second to enjoy them. From “Handy Man” to “Fighter Supremes,” these sounds are extremely well-presented. So, from one audience member to another, I suggest you check these gentlemen out. It’s just a Google search away and as free as the spirit behind the music. –Benjamin Tilton