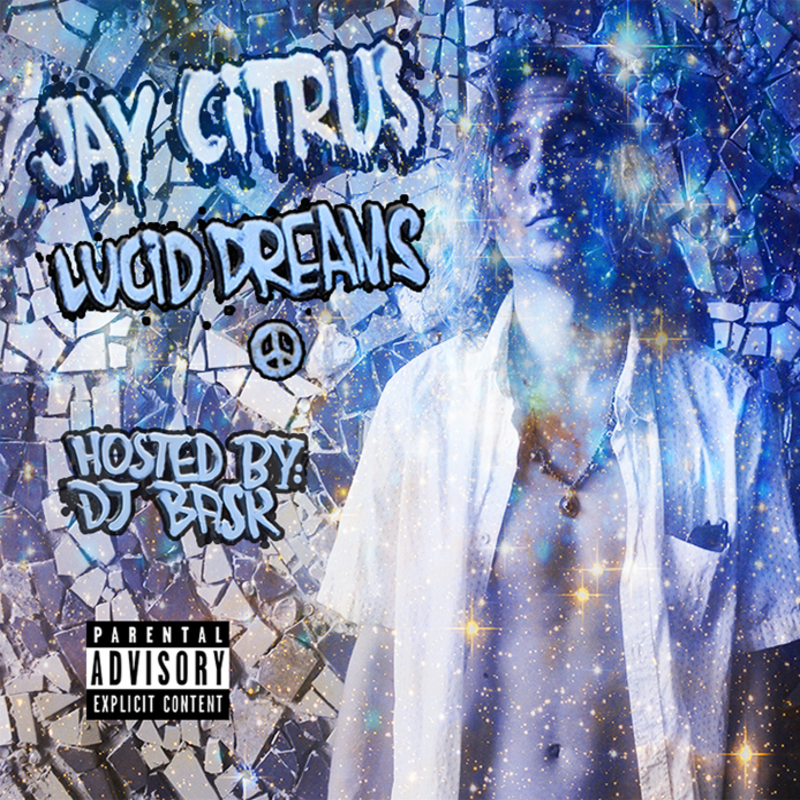 “I’m livin’ lucid,” croons the sleepy voice of Utah rapper Jay Citrus, who appears to be the real life version of James Franco’s character in Pineapple Express, with long hair, oversized Hawaiian shirts and a penchant for weed. Lucid Dreams is the kind of album with dreamy, washed-out tracks that you’d want to kick back and smoke to. Each track leads seamlessly into the next, making the overarching theme of lucid dreaming one that is actually cohesive throughout the entire album and creating something that has a stream-of-consciousness, stylized aspect to it. Jay Citrus experiments with the beat, sometimes rapping a little behind the beat to really stretch out the verse, doing so even with the first lines of the album, “Wanna be the new Houdini / Make anything possible,” which starts on an off-beat and immediately grabs attention. The rest of the album follows in the same, effortless suit. “Someone Different” breaks up the monotony with female vocalist MaryJane, who complements Jay Citrus’ somnolent rapping with her richly dark voice. “No Breaks” features a sample of Paul Wall‘s “Sittin Sidewayz” with a kind of hazy effect added to it, as though one were listening underwater, and “Lucid” makes use of various quotes from Tarantino movies with the same dreamlike effect. DJ Bask gives these tracks a certain mastery that matches perfectly with Jay Citrus’ aesthetic. What sets Jay Citrus apart from other local hip-hop is that some rappers from the 801 fall back too much on mentioning Salt Lake in almost every track, which Jay Citrus refrains from, only making one or two references throughout the album. Instead, he focuses on creating an atmospheric mixtape, a refreshing Citrus twist on the Salt Lake rap game. –Ali Shimkus