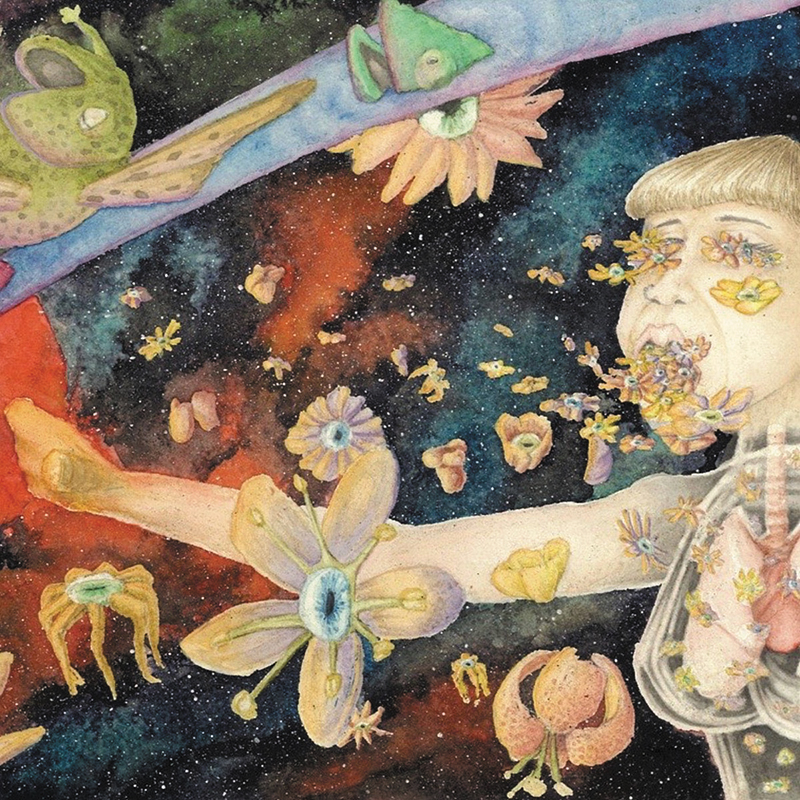 JeniSage Sidwell. "My Eyes Are Wildflowers."

JeniSage Sidwell My Eyes Are Wildflowers

JeniSage Sidwell is a local indie-folk artist with a jazzy spin. She is a classically trained harpist who just released her debut album, My Eyes Are Wildflowers. Sidwell graces the album on the harp, shifting from what may have been a typical folk album to an enchanting display, replacing much of the instrumental space with the harp rather than the acoustic guitar, especially on tracks like “Cupid’s Disease.” Vocally, Sidwell’s voice is often high-pitched with frequent and quick dips into lower octaves, especially on tracks like “Silver Spoons,” which covers a range of vocal notes amid the harmonica, acoustic guitar, keys and accordion. Sidwell incorporates brass instruments into tracks like “The Curmudgeon Song” and “Wildflowers,” which have unique rhythms and harmonies, contributing a subtle jazziness to the folkness of the album.

Not all tracks are quite so folksy, however. Some tracks, like “Puppet Promenade,” are devoid of lyrics and instrumental variation, showcasing Sidwell’s ability to tell a story using simply the strings. What sounds like the standup bass coupled with the harp are a harmonious power couple, evoking a sense of movement with high-to-low and fast-to-slow patterns. Later in the album, Sidwell plays the same track, but with lyrics. She begins, “It’s been awhile since we were reptiles / Sticking our tongues in the air / I packed my car and drove until the world restarted.”

From start to finish, the album feels mystical and otherworldly—not a science-fiction world so much as one that is timeless, wild and enchanting—notably due to the harp on almost every track. Tracks like “Hot Tongue” feature soft guitar and percussion as the heartbeat of the song, paired with the harp and lyrics like “Your musical body enchants me” and “speechless whilst near you.” Using words like “whilst” play into the sense that the album takes place in a distant, more enchanting time.

Sidwell is poetic and philosophical. Tracks like “Brain-Rocks” are instrumentally rooted in the strings, primarily with acoustic guitar and added spurts of the violin after profound statements like, “You can smile in any language / It’s all the same / And together we’re alive / Like Alaska’s colored sky / But this planet is big / And we are small.”

My Eyes Are Wildflowers is both sweet and seductive, luring listeners into the dynamic, harp-infused world that Sidwell constructs, constantly shifting from folk to jazz and places in between. –Lizz Corrigan