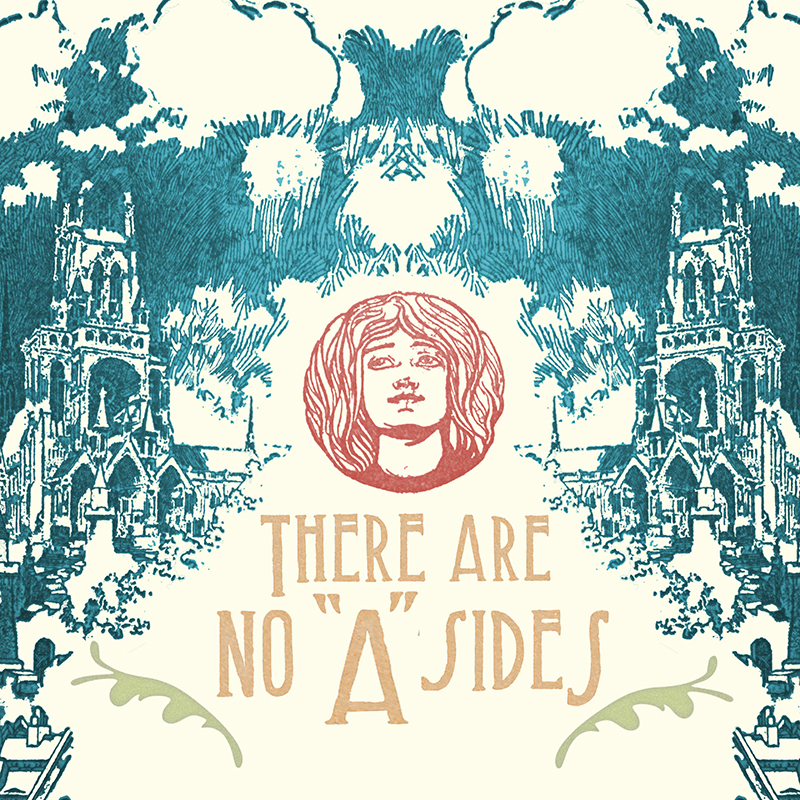 Local Review: Johnny Betts – There Are No “A” Sides

Johnny Betts
There Are No “A” Sides

Johnny Betts’ sweet, beautiful and ethereal songs come at us like ocean waves, but when the boat settles, we realize that we are not in a boat at all. We are floating on familiar clouds above the City of Salt at an elevation of 4,226 feet. Betts’ songs are exactly what living in that elevation should sound like—a little lightheaded and dizzy. It’s the soundtrack of floating. Don’t let all this airy talk fool you—these songs are full of substance and stone. The album contains love, loss, God and stories from the good book.

Betts unfolds stories like sermons with the preaching sucked out. Familiar places and characters show up like the Garden of Eden, Heaven’s Gate, Judas, Jesus and the devil himself. The horned one is even challenged to a rock-throwing contest. The lyrics tell these stories like modern hymns: “Jesus has got your back, even though you stabbed him in it first” (“Judas”); “The gates of heaven, they’re not made of gold, but rotten wood and mold” (“Mountain Men”); “Take me to the garden again, where being naked is in, where it is safe to swim” (“Garden”). The song “Devil’s Creek” ties the threads of faith and guilt together, which weaves in and out of the 13 songs on this album. Betts sings: “Before I make my point, give this stone a toss / Well I threw it down the block, which I thought was pretty far / Till he picked up a stone and threw it up to the stars / He says, as far as you can see, that’s how far your sins will be.”

There Are No “A” Sides isn’t an album entirely of big-book thinking. It’s also about love, losing it and finding one’s center and balance in a forever-spinning world. It’s being in on the cosmic joke. In the end, the jester is in all our details and stories. Betts sings, “Save me from the plot I wrote / It’s such a joke.” On an album that juggles heavy things and lofty themes, it’s that high-school girl that always seems to show up in songs and haunt our souls. “Save your sad stories for someone that gives a damn / ‘Cause I don’t pity the prom queen / She has everything.” Escort that girl to hell.

Betts is homegrown and emerging. He’s a soon-to-be favorite son who is ready to explode nationwide. Support him now! –Russ Holsten