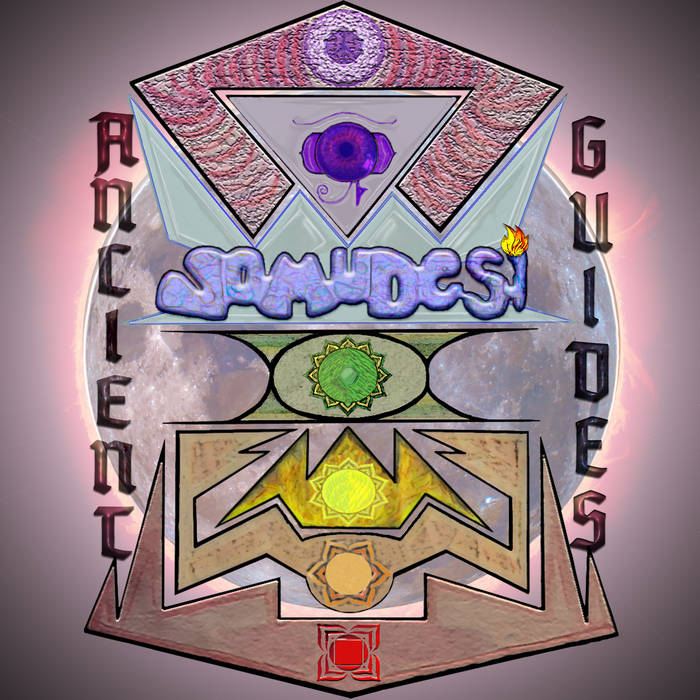 The multi-instrumentalist Jomudesi has released their newest project, Ancient Guides, in turn creating a mosaic of experimental electronic sounds. By blending elements for hip-hop, scratching, electronic and downtempo music, this album is able to make a lot with the library of sounds lent to it. Though having many songs featuring vocals, Ancient Guides shines brightest in the purely instrumental tracks or in its vocally void sections of songs.

With whirls of synths and 808s, “Roller Shadow” creeps in and opens the album. This track breaks down about a third of the way through with bells and light percussion before reverting back to its original sounds. This structural device sets the tone of the album’s constantly changing identity, with the listening experience sometimes bringing you back to a familiar beat and sometimes straying even further from the original sound.

When listening to Ancient Guides it’s easy to tell Jomudesi is skilled in production and the construction of complex instrumentals. This ability is most prominent in the later tracks on Ancient Guides, such as “Fanta Manifestation” and “Populous Remedial”—the former, especially, with its subdued, synth-heavy opening, light percussive tapping and subtle bass laying in the background. The synths then kick up with a double-speed vinyl scratch, rapid hi-hats and sporadic bass thumps. Opening with distorted bass and chopped vocal samples, “Populous Remedial” is an atmospheric track that works vintage samples of men discussing the relationship of music and dance mixed with sci-fi-sounding synths and hard-hitting percussion. Jomudesi successfully takes advantage of using sampled vocals here as an instrument amongst a natural percussion buildup toward the end of the track.

Simply put, Ancient Guides is controlled chaos, delivering a sound that is all over and wild at times while still bringing things down to earth at others. There are a lot of really interesting ideas laid out in this release, and a lot of beats that could stand on their own without the frequent shifts into something different. Jomudesi has created something here that challenges a lot of ideas in electronic music and beat-making and should not be missed. –Connor Brady