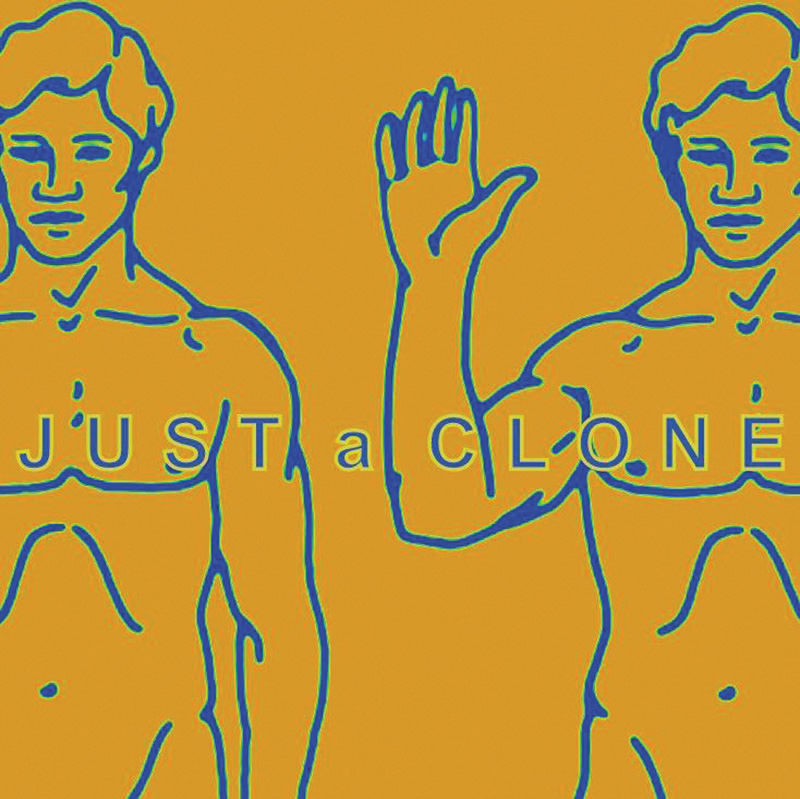 Ogden’s Just a Clone just exited a time machine where they visited indie rock’s underwhelming beginnings. They took detailed notes, observed the greasy-haired, flannel-clad boys, listened intently to its slacker-like deliveries and paid attention to the era’s disdain for being liked by an adoring public. The self-described “no wave” project got lost in grunge’s Forest of Self-Loathing, walking lonely circles with lower-than-standard tuned guitars only to return to 2015. The results of their time-bending experience created disdain toward music’s current trend of overproduction, instead recording lo-fi anthems long enough to make a significant point.

First, their self-titled release offers hand-me-down batches of good songs. Just because a garment has a little age on it doesn’t mean you shouldn’t wear it. Despite the opening track, “(Again),” and its conspicuous false start, the band finds its footing and the vocals make their stumbling effort to recover worth enduring. Bleach-era Nirvana splash and stain everything around in “Portable Hole,” adopting Kurt Cobain’s guttural bellows and vocal cadences. Careful not to descend into tribute band territory, the song labors, weighing heavier and heavier with each passing second. “Secret” loiters unintentionally like the last guest to leave the party, going from welcome to a nuisance.

The album’s saving grace hides in the poignant songwriting. “You know you’re right / And I am wrong” resonates like an unfinished thought on “E.I.” “Time,” JUST A CLONE’s standout track, returns to its pervasively melancholy chorus the perfect amount of times needed. “Smother” also creates and forges its own path. The relative major/minor relationship pours over the speakers like an argument that is better left unresolved.

On the other hand, Just a Clone bear too many understated performances. “Host” peels and sticks grunge’s most recognizable elements: droning vocals, drudging riffs and Xanax-induced stupors. Repeat the same formula until the album feels finished. It closes on too somber a note, one that wonders if the collective has a difficult time getting out of bed each day.

Inconsistent yet charming like an old, three-legged dog, JUST A CLONE resembles its namesake: a collective that uses the musical language that it imitates. Doing nothing new with it reduces them to an unintentional tribute band searching for their own identity. –Stephan Wyatt