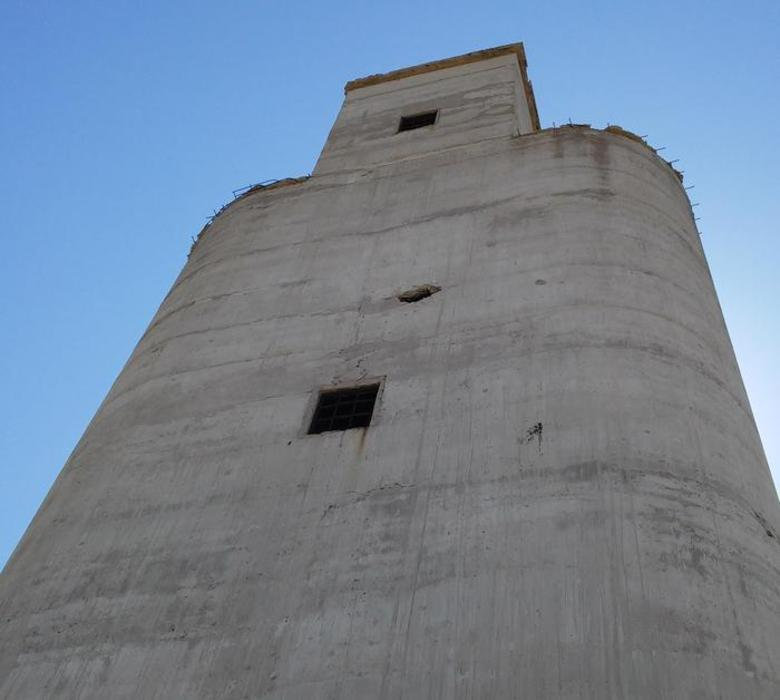 Since Lou Reed’s Metal Machine Music, many musicians have set about elaborating on a similar structure of delineated swells, lulls, and blips in their music. Local noise craftsman Cory Bury of Kqwiet has taken on this project with a great deal of tact and should be commended for that alone. Dust is an emotionally detached, intellectually/idea–driven piece, and if we realize it as such, there is little to find disappointment in.

The cover art depicts a monolithic, grey concrete building pushing up into a monochromatic blue sky. The perspective angle is slightly askew and based at the bottom of the building. A view is thus created whereby we find ourselves belittled by the structure, seeking—in vain—the security and serenity of the sky. In this image, there is a conversation defining and pushing the balance between natural reverence and imposed disturbance. This conversation is directly continued in and through the music.

With one track, measuring 72 minutes in length, Dust is a patient album by a patient musician for a patient audience—any disruption in this equation brings the whole down around it. The album/song begins with a droning wind-like sound, which, in one form or another, lasts the duration. In an almost unidentifiable shift, the sounds begin to take on a brief though relieving pinging, and from there, move to embody a somewhat uplifting glimmer. The sounds then briefly take to the coast, where waves play out for a time. Dust then moves into a salt-and-pepper static, and with less treble, lies easily on the ears. The static shifts into a serene ringing—imagine here Tibetan singing bowls—the ringing and static battle for the remainder, as an exercise in aggression and grace.

Overall, the sounds are a bit too abrasive to play in the background without disturbance, and too monotonous to be listened to with intense awareness, yet it is an interesting and viable project nonetheless. If placed on repeat, Dust could occupy the whole of a day with relative ease, perhaps even bringing about a trancelike state in the listener. And though I don’t need a payoff—art for art’s sake and so on—I would like this album to arrive in some sort of way, give some sort of emotional reward, but in the end, I suppose I am willing to settle for the intellectual stimulation Dust so distinctly desires, requires and harvests. –Z. Smith