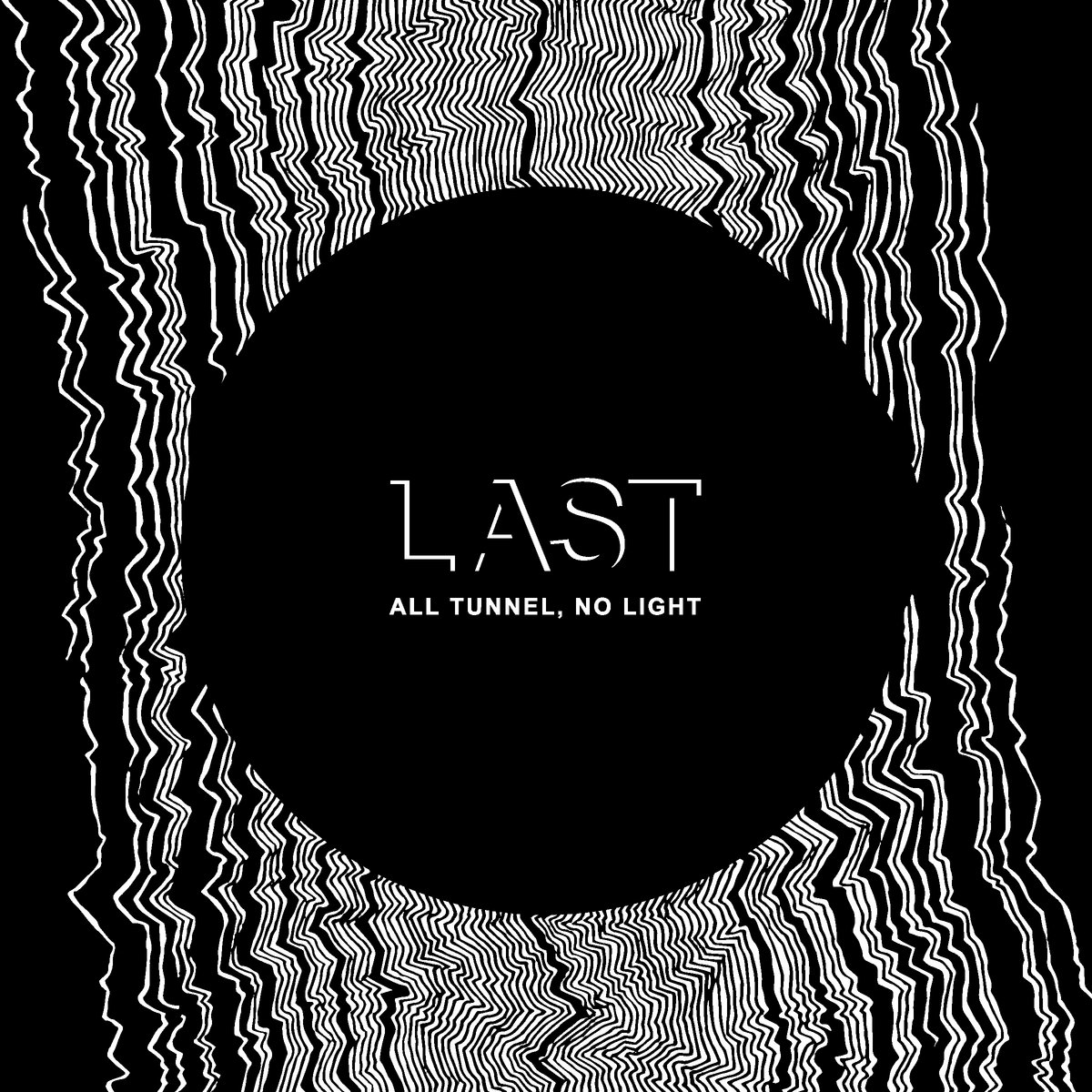 Review: Last – All Tunnel, No Light

Last
All Tunnel, No Light

When you think of metal, what’s the first instrument that springs to your mind? It’s probably safe to assume that a huge majority of people would say “guitar” without missing a beat. The old six-string holds an esteemed position in nearly every flavor of rock music, but metal in particular is, at least to me, nearly impossible to imagine without the guitar riffs and solos that form its heavy, headbanging goodness. Or at least, it was nearly impossible to imagine until I heard All Tunnel, No Light.

The debut studio outing of Salt Lake duo Last has one major accomplishment to its name: it manages to sound crushingly heavy, in a very traditionally “metal” sense, without the use of a single stringed instrument. Last traffics in doom metal, specifically gothic-tinged doom in a Swallow the Sun/very early Katatonia mold, with some Times of Grace-era Neurosis thrown in for flavor. They also primarily work with synthesizers, so there are the expected moments where they invoke less guitar-oriented strains of heavy music—some Burzum-esque dungeon synth here, a bit of Controlled Bleeding–style power electronics there. Ultimately, though, Last mainly interest themselves in recreating the dense, dark sonic palette of doom metal with just some keyboards and a drum kit, and all things considered, they do an admirable job of it. Here you’ll find convincing facsimiles of growling distorted bass, downtuned riffs, tremolo lead lines and even pinch harmonics, along with plenty of more typically “keyboard-y” tones to keep things from getting too samey.

Last do have one other ingredient in their arsenal that’s key to this album’s success: the beastly, anguished howls of frontman Chase Cluff. Before the grinding synths attempt to swallow him whole on opening track “Languish,” Cluff provides the first inkling of this album’s power with a throat-shredding bellow that lasts for a whopping 21 seconds—not even too far afield of his normal range across the album. Given that the trudgingly slow tempos and dismal, hopeless atmospheres here give the vocals a lot of room to breathe, All Tunnel, No Light really needed a frontman that could hold his own against the unrelenting onslaught of bleakness. And though he doesn’t quite have the range of a Mike Scheidt or a Scott Kelley, Cluff ably gives this album the anchor it needs to hit hard without going off the rails.

In the album’s best moments, Last manage to turn all their limitations to their advantage. The aforementioned “Languish” opens the album on a bold and uncompromising note. “Pyrite” wrings a surprising amount of textural interest from the contrast between the band’s usual, dirgelike synths and what sounds like a harpsichord. Album standout “Living Ghosts” sounds utterly monstrous, with discordant piano stabs giving way to eerie samples and quavering, clean vocals, which in turn give way to a pummeling, hellish crescendo that might have actually been less heavy had it included guitars. In these moments, Last is not a band making do with limited resources but two musicians finding fresh ways to approach the concept of heaviness in music with a toolkit built from familiar parts.

For all the album’s merits, All Tunnel, No Lights still falls a bit short in some regards. Ian Moore’s contributions on drums feel somewhat underweight as a result of production that saps the kick of some much-needed punch. The band also seems to have a bit of a hard time properly ending songs, with closer “A Little Peace” and even the otherwise-great “Living Ghosts” not so much concluding as simply stopping. Still, the album presents a cohesive and fully formed sound and marries that sound with some genuinely well-written and interesting songs (more than some metal bands can boast on their eighth full-length, let alone their first).  Even if it didn’t consistently blow me away, All Tunnel, No Lights left me convinced that Last has real potential to develop into something that’s increasingly rare: a metal band that doesn’t sound quite like any other metal band out there. –Nic Renshaw