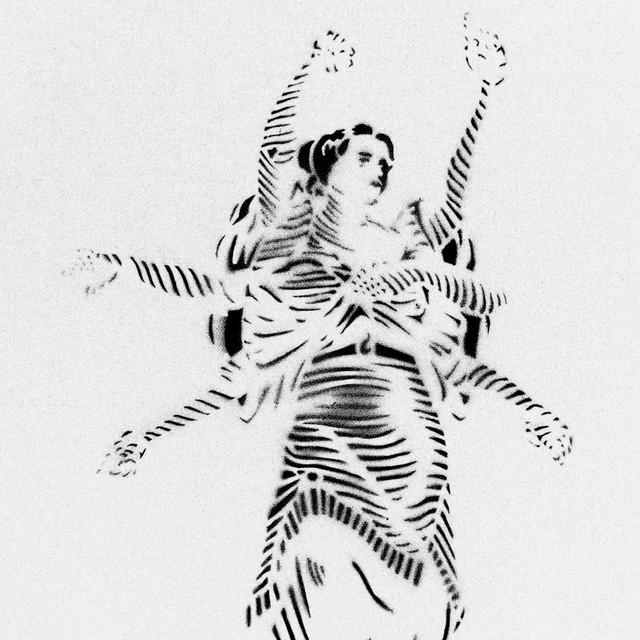 Who is the enigmatic Leroy Solid, also known as DJ Solid? Quite honestly, I found nothing within the World Wide Web, other than the fact that this artist is local and his music is pretty damn good. Solid’s latest LP contains a combustion of futuristic textures and a danceable, electric quality with warped and secretive sampled vocals. Hell, even the album cover is mysterious, featuring an intriguing, mostly plain Romanesque statue that has multiple arms. It’s sick (in a good way), just like this clever, hallucinatory album called Progress.

Progress isn’t full, head-on EDM, but there are definitely undertones and traits persisting throughout its entirety. The first track, “Gut Check,” grabs listeners right away with intense and heady beats. There’s nothing lucid nor light about the track, as is the case with the next one, “Ominous Approach,” which is my personal favorite with its satisfying and hyphy chorus of “Let’s do the damn thing.” Moving along, the song “Truth Box” is a bit on the calmer side, and even comparable to the slow-motion pulse of Ratatat’s “Loud Pipes,” like lava oozing out of a hard, dark shell.

Whether it’s the sound of soft and delicate trinkets or afro-pop drums, there’s an abundance of seemingly random influences incorporated in Solid’s sharp and skewered beats. For instance, I hear bits of Brian Eno and David Byrne’s My Life in the Bush of Ghosts, specifically on the track “Echoes from Nowhere.” Whether or not this was intentional is the beauty of Solid’s style—it is mysterious and playful while offering such dramatic effects and rhythms. You can literally make yourself think whatever you feel is necessary while listening.

I think it would be fun to shuffle through Progress as a whole and see what your ears notice and catch on to. Nothing is too antagonizing about these tracks—they’re all decently short and not overbearing—well, at least to me. Likewise, it’s almost as if there’s a spatial hollowness with no final destination or end goal. Maybe that’s why it’s titled Progress. As I was listening through, trying to get a sense of what I’d write, I kept coming across this E.L. Doctorow quote in my head:

“See the ant, he says, how stupid and incompetent he is, dragging some fly’s wing hither and yon, hauling it over pebbles because they are in his way, climbing leaves of grass because he doesn’t know not to, and where does he think he’s going says [Mark Twain], nowhere, that’s where.”