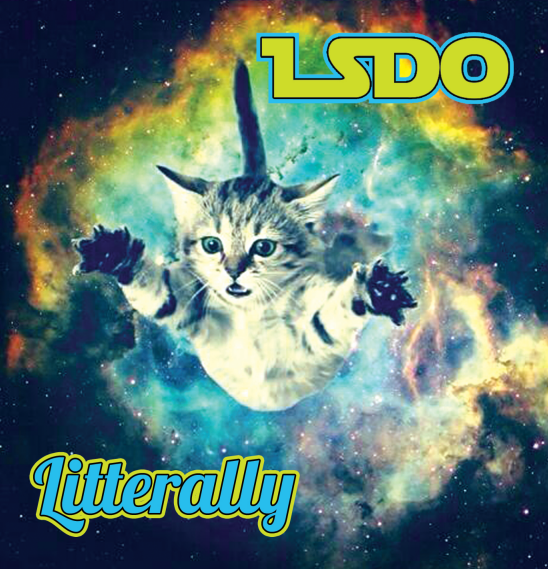 Now that’s a fitting title: Live Slow Die Old! That’s pretty much what you expect from the aging punk rock music from the 1990s and into the 2000s—their respective musicians are getting older and in turn slowing down, but the music is still a product of its time.

The first track on Litterally has the vibe of SoCal skate punk—it’s speedy and upbeat, despite it ironically being called “Time So Tired.” It’s catchy and enjoyable how self-aware these guys are making themselves out to be—almost like they know the listeners’ preconceptions of the album. Litterally runs the gamut of a punk rock arsenal, switching between hyped-up menaces and laid-back comforts. You’ve got your political tracks like “Small Town” with a rallying “Fuck America!” chant with every chord and “Proud,” which works in an environmental message as well. There are your songs on inner turmoil such as the aptly titled “Soulitude” and “Alone.” And you’ve got your breakup/love songs like “I’ll Miss You” and “You, Without You” to round it out.

What LSDO are doing isn’t exactly reinventing the wheel of punk rock, but honestly, it doesn’t feel like they are trying to do so. Their music sounds like it was held in a time capsule from Warped Tour ’96 and was released in the 2010s. But this is the music these guys grew up with, and it’s the music they want to play, and they could obviously give less of a fuck what anyone thinks about it. I mean, it worked for half of the Fat Wreck Chords catalog for 25 years. So if you’re feeling nostalgic and you want to hear old-skewl punk rawk by way of SLC, up the Dad Punx and Live Slow, Die Old. –Eric U. Norris