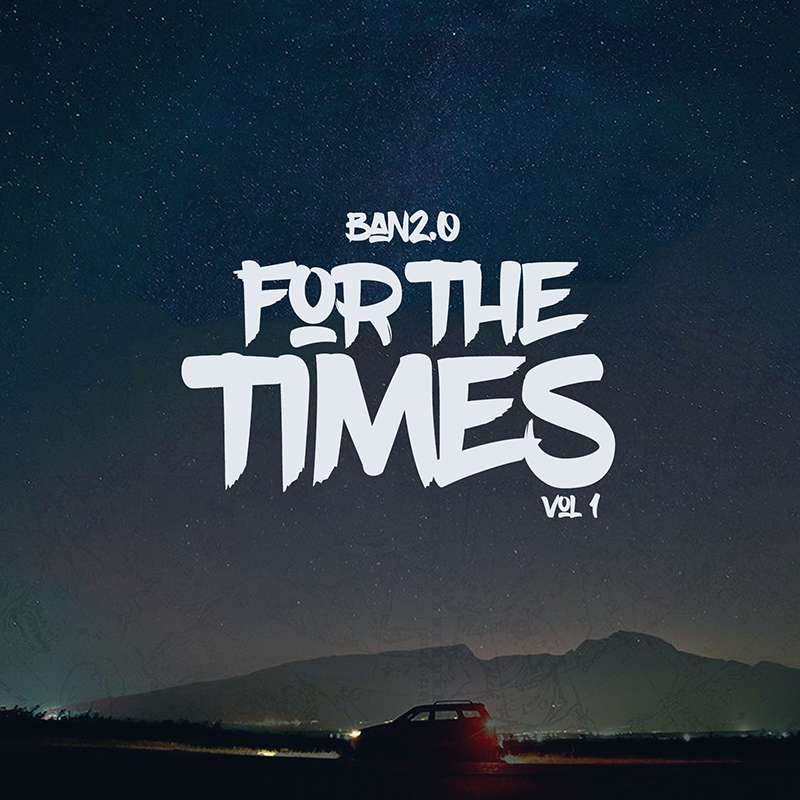 For the Times, Vol. 1 is a worthy endeavor for hip-hop artist Ban2.0. It is clear throughout that he wishes to make a difference, or at least raise awareness in this difficult day and age when the shiny embellishments of commerce often prevail over the less glamorous and down-to-earth observations of conscience. Ban2.0 addresses certain struggles and difficulty found in society, but doesn’t glorify them.  What he does instead is stick to a theme of overcoming such obstacles through hard work, dedication and following one’s dreams.

The lyrics are quite decent overall, while some are downright good. Ban2.0’s rapid-fire delivery style found on most of the album’s six tracks worked well for me. There are a couple of slower numbers that took some of the intrigue I had for the more cognizant-sounding songs. Slowed down hip-hop isn’t bad—I just usually enjoy mine served obviously disgruntled.

I felt the same way about the beats on the album. Ban2.0 creates all of his own instrumentals, and they are nice, well-constructed and stratified. A couple of beats found here are straight up hard, head-nodding shit, which accompanied his quick style favorably, while others sounded restrained.

Ban2.0 does the whole intro, interlude and outro thing on the album, utilizing the time to speak about what he is trying to do with his music and what he hopes to accomplish in life. I tend to frown upon such rally-killing breaks on a lot of hip-hop albums, but I think it works on For the Times. Ban2.0 comes off as accessible—someone who writes lyrics about his own experienceswithout the need to exaggerate.

For the Times, Vol. 1 is good local hip-hop. The lyrics have a positive outlook and deal with life in the everyday. The production is solid, the beats garner immediate attention and Mr. Denton’s guest spot on “The City Kid” is well-done, with the narrative playing out nicely.

Overall, the album is worth downloading—it could come in handy when you feel yourself second-guessing your aspirations. –Billy Swartzfager