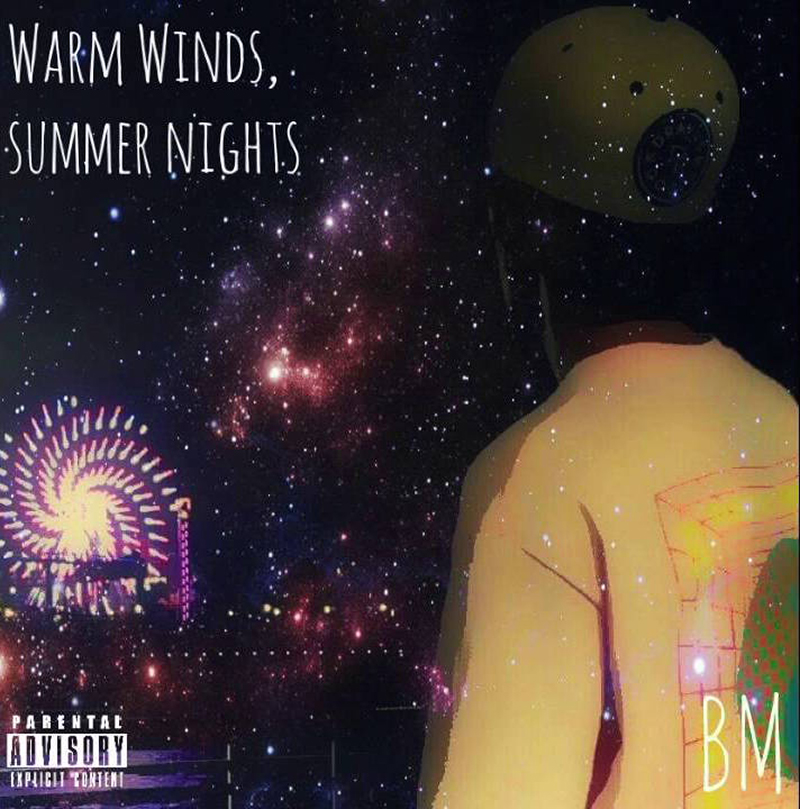 Local emcee Benjamin Major is back with a new EP, Warm Winds, Summer Nights, for our listening enjoyment during these last days of summer. Major has been in the Salt Lake City hip-hop scene for a good while, and released a quality 11-track album, Milk For Your Cereal, last year. Warm Winds, Summer Nights is half as long, but just as good as Benjamin Major’s last full length work. For hip-hop and local music lovers alike, this is a great piece to give a listen .

Warm Winds, Summer Nights is in many ways a showcase of Benjamin Major’s talent as an emcee. Each track varies, showcasing different styles and abilities that Major can tap into. Songs like “Gotta Feel” and “Year One” are lyrical and old-school sounding, and Benjamin Major is able to flaunt his skills and his flow. Other parts of the album have an R&B feel to them, while even more follow a newer, Soundcloud rap style. Major is obviously drawing influences from music today but is able to stay in his own lane as well. In “Triple Beam,” Major employs a cloudy, trap-style beat that is very popular in underground rap these days, but uses it to take shots on the very industry he is emulating. He calls out new-school rappers for being unoriginal and sloppy, rapping, “So sick of the shit they spit / All hit and miss but you couldn’t touch this.”

Benjamin Major is obviously driven to create and will utilize the tools he has in front of him to do so.  “Dance” is one of the catchier tracks on the EP, sporting a sample of “My Boo” by Ghost Town Dj’s, and is mixed, mastered and recorded in great quality. Still, Benjamin Major doesn’t shy away from mentioning that he is recording in his house. In the beginning of “Dance,” he says, “In the studio, parenthesis bedroom,” obviously doing what he loves. Warm Winds, Summer Nights proves that quality music can be made anywhere. Hip-hop is rapidly shifting from the professional studio to the home setup, allowing driven artists who are limited by budget to still make quality music. With this EP, Benjamin Major is doing just that, on his own terms. –Taylor Hartman