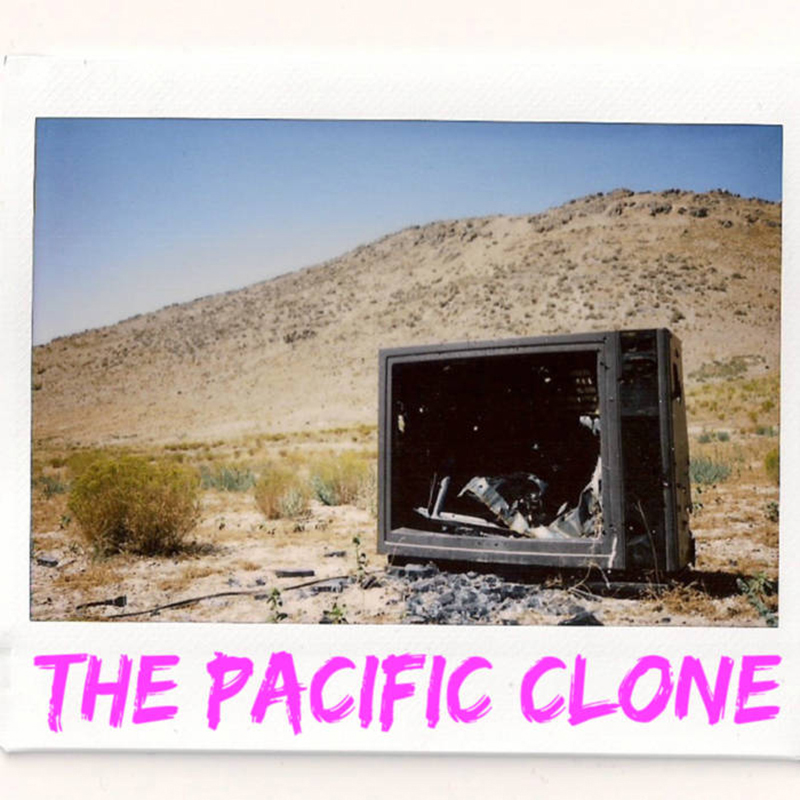 Without initially knowing that The Pacific Clone was a concept album, the eccentricity and strange situations in the songs almost make you feel as though you’re not in on the same inside joke as Brad Thomason upon first listen. Once you realize, however, that the album chronicles the journey of The Pacific Clone, his girlfriend and their adventures in the post-apocalypse as they hide out in an abandoned radio station, there is something oddly intriguing and romantic about the whole idea. The title track really sets the tone and provides the origin story for the main character. The lyrics mention chemical burns that the hero must hide. While he brandishes a gun against overwhelming forces in the post-apocalypse, Thomason sings, “Radiation may kill us all / But if we stay together / It won’t be mean nothing at all.” The album feels like a story out of a comic book in a sort of Scott Pilgrim fashion, complete with psychic vampires in “Psychic Vampires on the Loose” and a possible underlying lycanthropy subplot in “Fuck Like Wolverines.”

I feel that this level of concept is something that you only see from bands like Coheed and Cambria, and personally, I’m excited to see a local artist endeavor to take on this kind of character and challenge. Musically, there is a sort of jarring disparity between songs with introspective lyrics, like “Unit 49,” and ones with hardly any lyrics, such as “Psychic Vampires on the Loose” (where the only lyrics are “psychic vampires on the loose”). The Pacific Clone also zigzags between slower, acoustic songs to faster, pop-punk tunes constantly, which is a little disorienting for me, but it doesn’t detract from Thomason’s intriguing lyricism. However, there is definitely some ingenuity going on in the unfinished basements where Brad Thomason makes his music, and I’m looking forward to finding out what happens to The Pacific Clone in the next installment. –Ali Shimkus