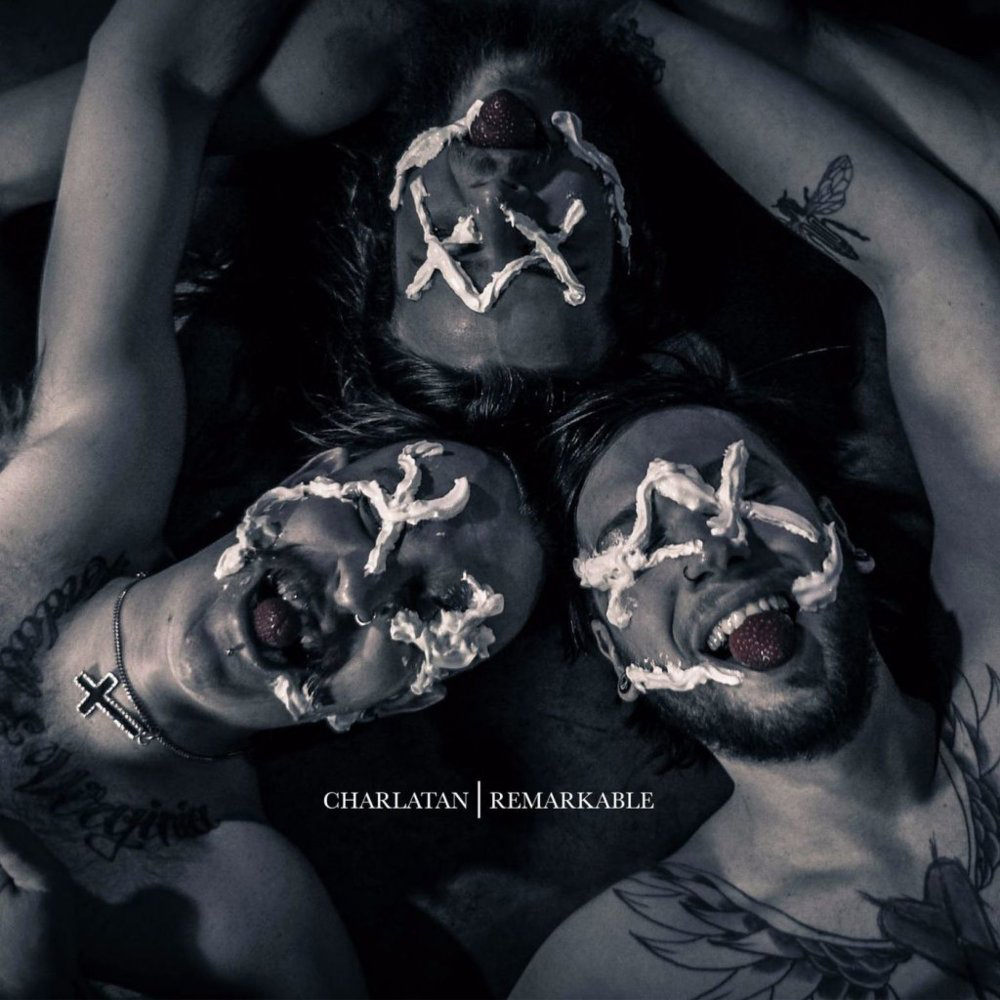 Revival Recordings
Street: 4.07
Charlatan = The Used x (The Number 12 Looks Like You – Cave In)

Remarkable, yes, but God damn! It is delivered in such a weird way! I mean that in the best way possible—Charlatan are quite unique with this insane concoction, whose sound seems to switch with every song. With that, Remarkable plays on my expectations and keeps me on my toes as the first track, “Sevier County Killer,” blazes like an upbeat, highly distorted, hillbilly-induced country twang reminiscent of Hank III. It’s tossed aside for “Bag of Tricks” and its melodic guitar work and vocals, which sound an awful lot like Gerard Way. What the fuck happened? The funny thing is that the rest of the album sounds closer to the second song than it does the first, which feels like a hidden bonus track that worked its way into the end of an album but is, here, placed front and center. Maybe that’s why they’ve aptly named their sound “scrap metal.”

That initial middle finger to any expectations stays solid and consistent throughout. The sound reminds me a lot of mid-2000s post-hardcore music allotted from influences of The Used and Silverstein, with liberal uses of dance-y melodies and unconventional vocals ranging between talk- screaming/singing and traditional pop hooks. The first two songs have already pulled my chains pretty hard, but it couldn’t prepare me for “Instant Cult Classic,” which sounds like a dance song straight from the 1980s. ”Ray Gun” is more up-tempo and has this underlying discordant guitar riff that carries throughout, creating a rather discomforting feeling. Then “Slavior” brings back a more blues-style twang by way of guitar and piano with some hilarious lyrics poking fun at the dogma of abstaining from sex until marriage.

In all, Remarkable truly holds up to the title, as I had no idea where it was going most of the time. At some points, the change in sound was too drastic and sudden, but overall, it was consistently progressive. Think of it as Wonderland: Go in with an open mind (or ears) and just expect madness—even as I listen to this album for maybe the fifth time, it keeps getting “curiouser and curiouser.” –Eric U. Norris