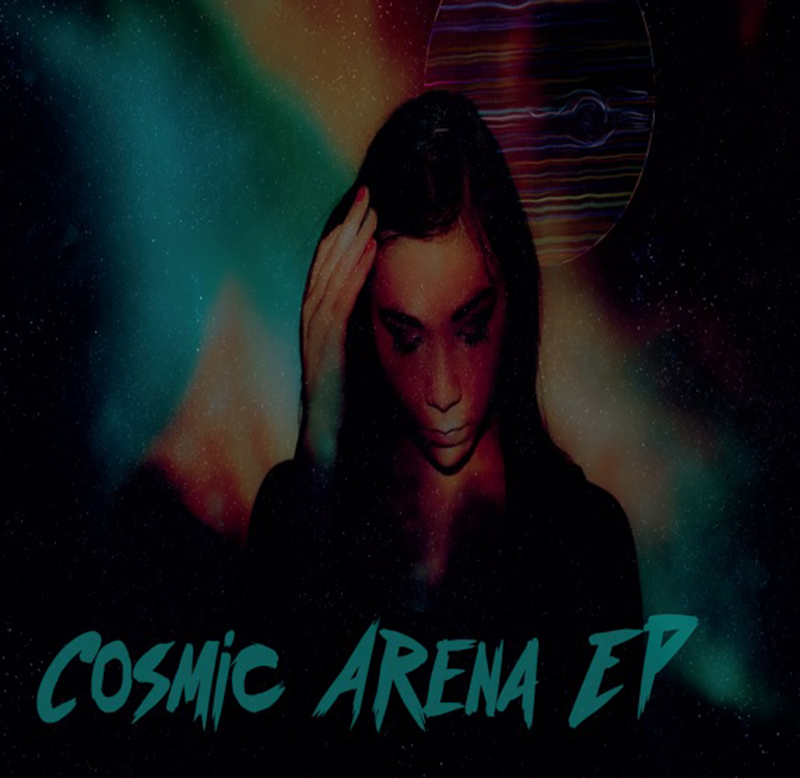 With an otherworldly atmosphere and an overwhelming backing on Kickstarter, Cosmic Arena creates a feeling not of this earth with her music. Their heavy interest in space comes out with her synth-heavy tracks, accompanied by a hauntingly soothing voice. Her music provides a feeling of relaxation and drifting through time. Cosmic Arena was given life by almost 50 backers on Kickstarter, giving Amber (Cosmic Arena) what she needed to make her music a reality. After realizing her self-titled EP, I can definitely see what those backers saw in the potential of this project, as Cosmic Arena is one of the more unique and experimental pop albums I’ve heard in a while. With this album, you get a mix of futuristic melodies and a nostalgia for the ‘80s, like on the track “Surface of the Sun,” with its drifting and creeping synths and slow-tempo drum machine, giving the track a neo-‘80s feeling. This feeling is carried over immediately into the next track, “Enter the Void,” making this an excellent album to throw on when you’re driving through the night pretending you are the mysterious Ryan Gosling in Drive. For me, Cosmic Arena is an exciting album in that it could not only mean the growth of Salt Lake City’s pop scene but also the possibility of artists and fans coming together to create. Cosmic Arena has a tremendous space pop vibe that fits in perfectly with the vast nothingness just beyond our city’s limits, and I am excited to hopefully hear more from Amber in the future. This EP makes a technical huge statement, and her experimental galactic sound is truly unique. To check out the EP in its entirety, go to Spotify or cosmicamber.com. –Connor Brady