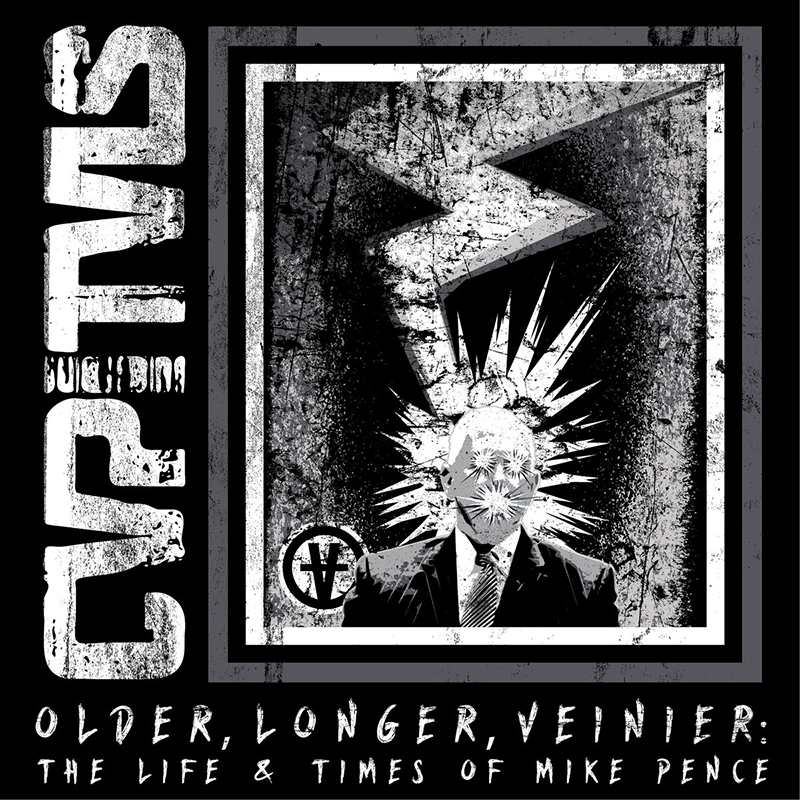 Of all the punk bands that I’ve seen forming in Salt Lake over the past few years, I notice that they either A) fall into the category of “it’s been done,” or B) have a style so outlandish that their influences are practically impossible to pinpoint. CVPITVLS fall into the latter. I recall their previous release, the Quickie EP, with songs that had so much going on but if you blinked you missed them. That notion still carries into their seven-song album, the inquisitively titled Older, Longer, Veinier: The Life and Times of Mike Pence.

The songs on this album are significantly longer (even a few seconds is enough headroom for a punk song). However, the sound is still the eclectic mixture of fast three-chord riffs, gang vocals, breakdowns and Matt Bennet’s piercing vocals—going back and forth from rabid barking to Biafra-esque talk-singing and never short on snide remarks. The album is jam-packed with off-kilter humor jabbing at societal defects to intrapersonal conflict: “How does your head fit inside that hat with all that ego inside of you” (“Makin Bacon”), “People look at me and they wrinkle their nose / I may stink but I’m not weak” (“Up”), and “Shot, shot, shot, now the world’s problems seem so far away!” (“Whiskeyed”).

Needless to say, CVPITVLS are all over the damn place with their sound, but in the best way possible. Like a five-year-old on a sugar rush, they’re chaotic, spastic and hard to pin down for more than one minute, and you feel like making sure nothing fragile is in the vicinity of the area. CVPITVLS need to be heard to be believed—they are one of the most intense and hilarious bands to come out of today’s scene.—Eric U. Norris