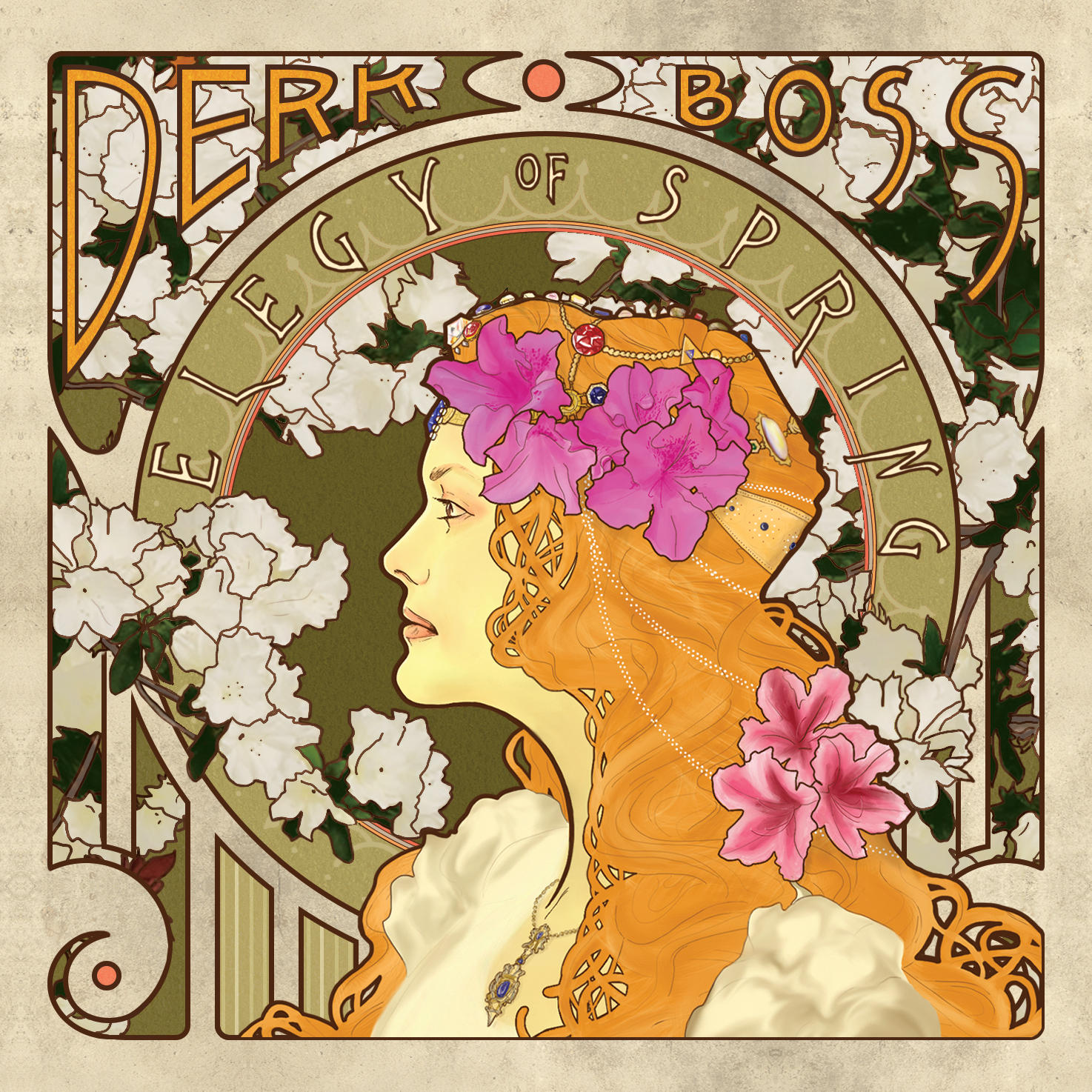 Derk Boss’ Elegy of Spring is a baker’s dozen of phantasmic-fairytale folk referencing the narratives of Grimm and Greek mythology. Boss’ music is evocative of nature, the ephemeral and elemental. Emersonian, transcendental lyrics and soft acoustic guitar abound in this meditative album that feels plucked from a bygone era in its emotional attachment’s antique yet perennial themes. From title to tracklist, this collection is tangled with flowers and wild things. At first blush, these songs feel like a flawless, mellow morning soundtrack for tea on the veranda. With closer attention, the soft lilting vocals pair with occasionally bleak and violent imagery as evidenced in “The Morning Waits” and “Jack and Jill.” Boss’ music drips with rich narrative that spans the classic archetypes of lover, loser, hero and fool, and occasionally surprises with aural treats such as the unexpected female guest vocals in “Thumbelina (feat. Mallory Kate).” Skilled fingerstyle guitar laces the lush “La Belle et la Bete,” and entreating violin accompanies “Ashes.” “Snow White” sticks out as a suddenly cool, upbeat bluesy treat with roughly processed vocals and electric guitar set to a locomotive beat. “Icarus” opens intensely and meanders with ambient synths as though aptly soaring through a cloudscape, and I find myself craving more of the variations in those two tracks to imbue the whole of the album. Elegy of Spring is a collection of songs Disney composers would likely envy and emulate, and is worthy of wandering down the rabbit hole directly toward Wonderland. –Paige Zuckerman