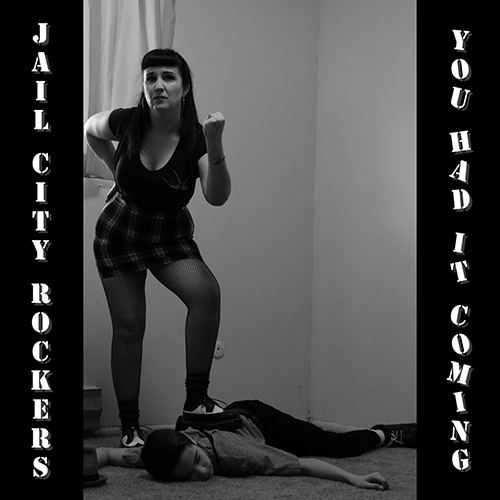 Local Reviews: Jail City Rockers – You Had It Coming

Jail City Rockers
You Had It Coming

Ogden’s Jail City Rockers have released a three-song EP titled You Had It Coming, and what the EP lacks in quantity, it certainly makes up for in quality. Having seen Jail City Rockers live at Localized last year, I can say with certainty that their onstage presence comes through on You Had It Coming, in that their music pays homage to older punk bands such as The Clash—with a very unique and refreshing swagger.

Starting off with “No Politics,” Jail City Rockers quickly set the tone for the rest of the EP as well as their live shows, with a pulse-raising guitar riff that kicks off the crowd-sung anthem. It starts with frontman Gabe Bonilla singing, “No I don’t care who you vote for / Why don’t you just leave it all at the door,” which seems like a simplistic message, but advocates for the acceptance of everyone in the scene to just have a good fucking time. This song falls in line with “You Had It Coming,” which is about sometimes having to rough people up when they deserve it, but there’s a line in the song that seems to speak on a broader level on how to confront opposition: “I don’t live by violence / It’s not my way of life / But I believe in violence / If it’s justified.” Even though Jail City Rockers seem to want to avoid political connotations, the messages in “You Had It Coming” and “No Politics” seem to be more relevant than ever with the current political climate and state of affairs, and it seems as though Jail City Rockers are acknowledging the strife while offering some escapism in good old-fashioned, solid punk rock. My only complaint is that You Had It Coming isn’t longer, but I think the EP certainly lives up to what Jail City Rockers are able to do as a kickass live band. Catch one of these live shows Sept. 1 at The Underground –Ali Shimkus