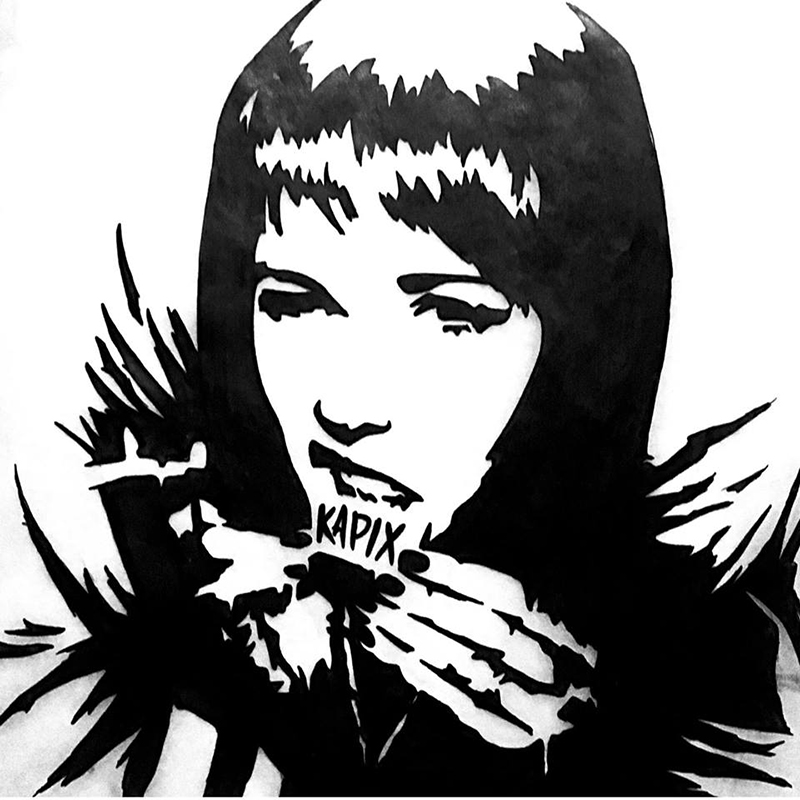 Self-Released Street: 06.09 Kapix = Defenders of the Faith–era Judas Priest + Jack Daniels + Motörhead+That Smell When You Wear a Denim Vest for too Long Without a Shirt

I have a tear in my eye. It’s been so long since SLC has had a new, rough-and-tumble RAWK band that I had all but given up hope. Just when I had folded up all my sleeveless Iron Maiden shirts and put away my denim vest, here come Kapix! Prom Queen was recorded by Mike Sasich at Man vs. Music Studios, and the production couldn’t be more spot on. This record is dripping loud-ass guitars, big, beautiful low end, driving drums and songs about everything from your mom, Barcelona and hitting the road on a Harley—get some! Born in Salt Lake City in 2016, I think we’ve yet to hear the best this band has to offer. I’ve listened to this about 10 times and have yet to find a track I don’t like. I hear tremendous potential from each member. With pressure, time and some hardcore touring on this album, I think they could become a real rock standout not only in SLC, but all over the place. One standout, for me, is the Judas Priest–like “Barcelona.” The ’80s-style thrash metal riff coupled with singer Hagen Kearney’s lyrics about free cocaine and going off the rails will have you doing air guitar and rocking this mother out at top volume while driving a hundred miles an hour down Parley’s Canyon. The other tough-guy standout track is “Freeway.” This one could come straight off Priest’s Turbo album, but without the silly keyboards and theatrics. One thing rock can clearly do without is synthesizer noise, and I am beside myself with glee that Kapix didn’t put one keyboard noise on this slab of rock n' roll mayhem. For this alone, I want to hug all of the band members! Keep flying through the tracks and you’re sure to find joy in the high flying big rawk beat thrown down by drummer Lance Emmer. He’s on the cusp of becoming a bulletproof rock drummer. I’ve watched him in action, and I think he’s grown tremendously from just putting this album together. That’s what it’s all about. I like to hear things get better and better. Singer/bass player/guitarist Avery Ghaderi is a super-talented man of rock Action—he sings on blasters "Iron Horse," "Dixie Line" and title track "Prom Queen." He and Hagen have a great dynamic and complementary voices that bring it hard both live and in studio. Like I said, I am pretty excited to hear rock n' roll get its due in Salt Lake City—the projects are few and far between. These rockers are just coming out of the gate, but I think there is a ton of great music to come. I’ll give this album a solid two thumbs up. Here’s to the revival of rock in Salt Lake City! –Jeremy Cardenas