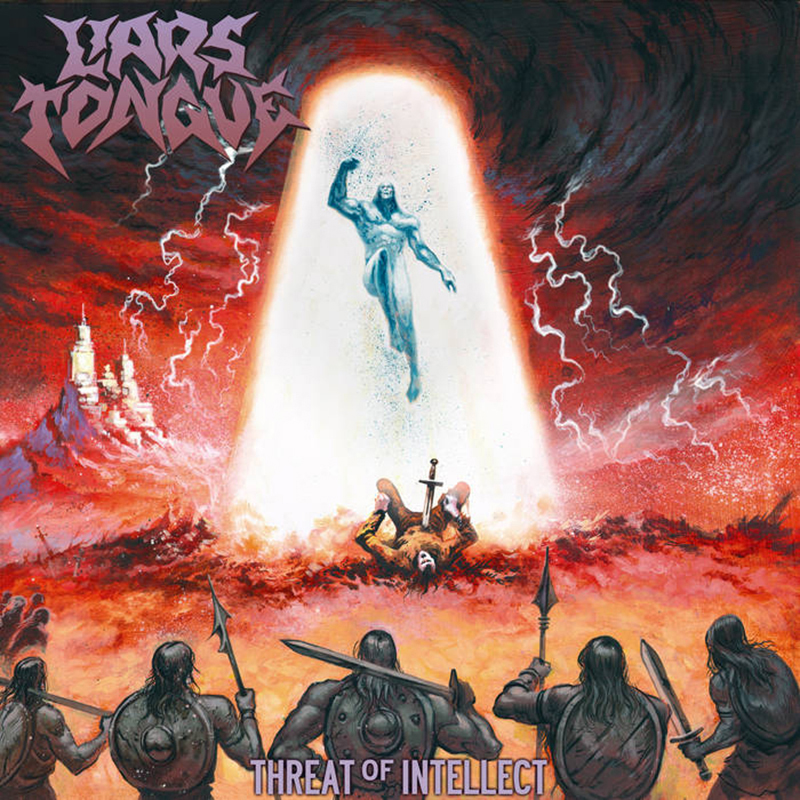 As I dig deeper into discovering new heavy bands, continuously fading is the line that separates the genres of hardcore and metal. Throughout the 2010s, there has been a surge of groups such as Gatecreeper, Power Trip and Iron Reagan, whose music is wedged with enough riffs and solos to bang your head to but tied in with crawling, pummeling breakdowns that hardcore kids can dance to. Of course, SLC isn’t immune to this “new wave of crossover”—one such band has seamlessly tied in guitar riffs reminiscent of metal from the 1980s with the meat-and-potatoes musicianship of modern-day hardcore. That band is Liar’s Tongue.

While admittedly, I wasn’t a fan of these guys from the start (their Life in Exile EP didn’t stand out among the other hardcore bands I was listening to at the time), their debut album Threat of Intellect is the result of a total upgrade in their songwriting approach in both their lyrics and musicality. The influence of ’80s thrash and death metal is more prevalent in this album with guitarist Tyler Statler alternating through speed metal riffs, shredding solos and atonal melodies along with Brian Miya’s vocals going more guttural, leaning more toward the early Chuck Schuldiner and John Tardy while still maintaining a level of comprehension. Lyrically, the album maintains the theme of the unbalance of justice in the world (which is obviously more ubiquitous now). Songs like “Mindless Majority,” “Plea for Atonement” and “Another Face” all spit rage with a poetic edge on how people are so quick to latch onto a belief out of fear, whether that belief be religious, political or social—otherwise, they’re shunned.

While the long, arduous and at times problematic marriage of metal and hardcore is not new by any means, it is a constantly changing beast that progresses with time, and when new bands come in with new influences, the rules change, the style is revitalized, and the lines become fainter or are redrawn altogether. Liar’s Tongue are definitely among the bands taking these genres in a new direction, and they’ve recently inducted guitarist Reilly Van Wagoner of the one-man death metal project Regurgitated into their lineup. I can only assume that this means Liar’s Tongue are going to get heavier. –Eric U. Norris