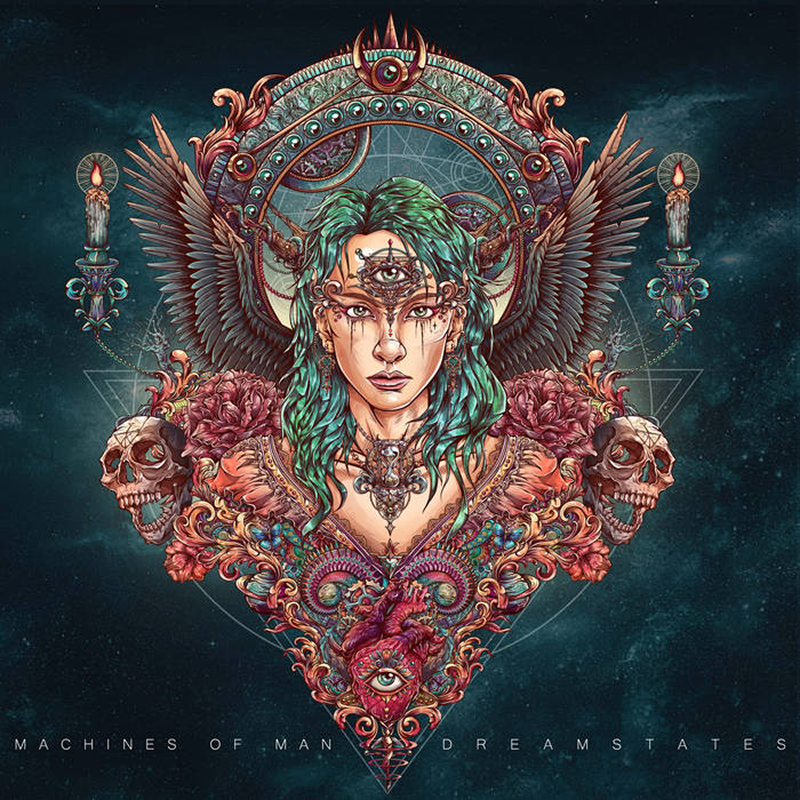 Cascading guitar lines might be the highlight of Dreamstates, but Machines of Man show a lot of prowess on their first full-length release. I’m a sucker for odd time signatures, and this album delivers on syncopation, mathcore goodness and mad rhythms. I can’t get over how crazy the guitar skills are on this bad boy—so if you’ve got a hankering for screamin’ strings (and vocals), intricate riffs and fast drum fills, you should put your ears to use on this one.

Machines of Man are a double-edged sword of head-banging madness and cool, collected epics. “Dreamstates,” serene intro, did little to prepare me for the screaming onslaught that follows in “Symbiosis,” and the shreddin’ guitar solo in “Days Later.” Soft guitar lines in “Bones of the Sky” separate the waterfall of guitar and bass patterns in “Cryogenesis” from the rhythmic upheaval that is “I am the Colossus,” folding the album up into a rollercoaster of energy, emotion and chaos.

Machines of Man polished the shit out of this album, so even if you aren’t entirely sold on its heavy metal roots, you’ll probably still find a track or two that you enjoy. They’ve brought in all sorts of instruments and sounds to flesh out their product, from the rapturous chorus of voices in “Days Later” to the mystic percussion in “Symbiosis.” On top of that, the mixing is dialed in, making every instrument sound crisp and avoiding any of that mud that tends to plague hardcore styles.

If Machines of Man can play like this live, then they’re set up to go places. The only way to find out, of course, is to get a front-row spot at their next show. You can get a taste of their style and stream the entire album from machinesofmanmusic.com or machinesofman.bandcamp.com/album/dreamstates. Dreamstates is an impressive product for a debut album, and I can’t wait to hear what Machines of Man comes up with next (Metro Music Hall, 08.04). –Alex Blackburn