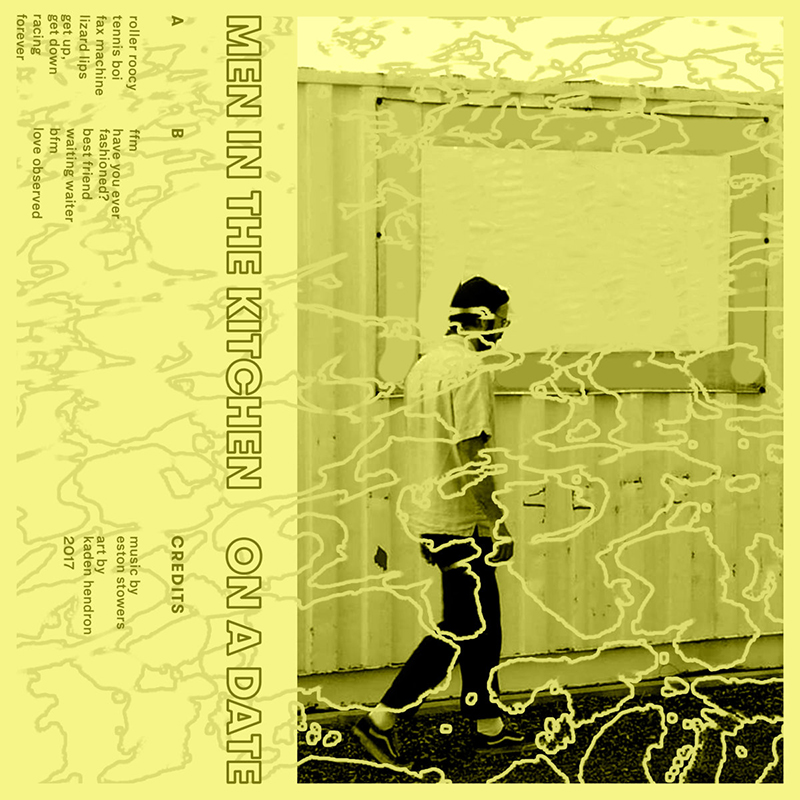 Local Review: men in the kitchen – on a date

men in the kitchen
on a date

men in the kitchen is a bit of a mysterious project, in that outside of being sent this album, there is very little by men in the kitchen online. Aside from nine tracks on SoundCloud and a Facebook page with posts going back only a year, there was not much to be found. What isn’t a mystery is the experimental talent showcased on men in the kitchen’s on a date with its shaky and distorted vocals, all over a mix of dreamy, DIIV-style instrumentals, synth tracks or the occasional noisey, Tobacco-style song.

When first listening to this album, I had more difficulty with the quiet and distorted vocals, but with each listen, I grew to further appreciate the use of the voice as another instrument. On each track, the voice is more important than the lyrics being spoken. Going along the lines of stellar instrumentals, men in the kitchen’s use of synth is some of the best I’ve heard by diversity alone. The track “racing” comes in after the hazy die-down of “get up, get down” and kicks in with whining synths over a hypnotic bassline and rhythmic key playing. Despite the oddly complex sound of men in the kitchen, there is still a calming quality to the music—be it the dreamy synth use or guitar distortion found on many of the tracks, his music has a relaxing undertone to it all. I was pleasantly surprised with on a date, and I’m glad that I gave the album a few listen-throughs to truly appreciate its sound and delivery. I recommend men in the kitchen to any fan of beach or noise rock. Though he does not have a huge online presence, keep an eye out for MITK performing live around the city. –Connor Brady