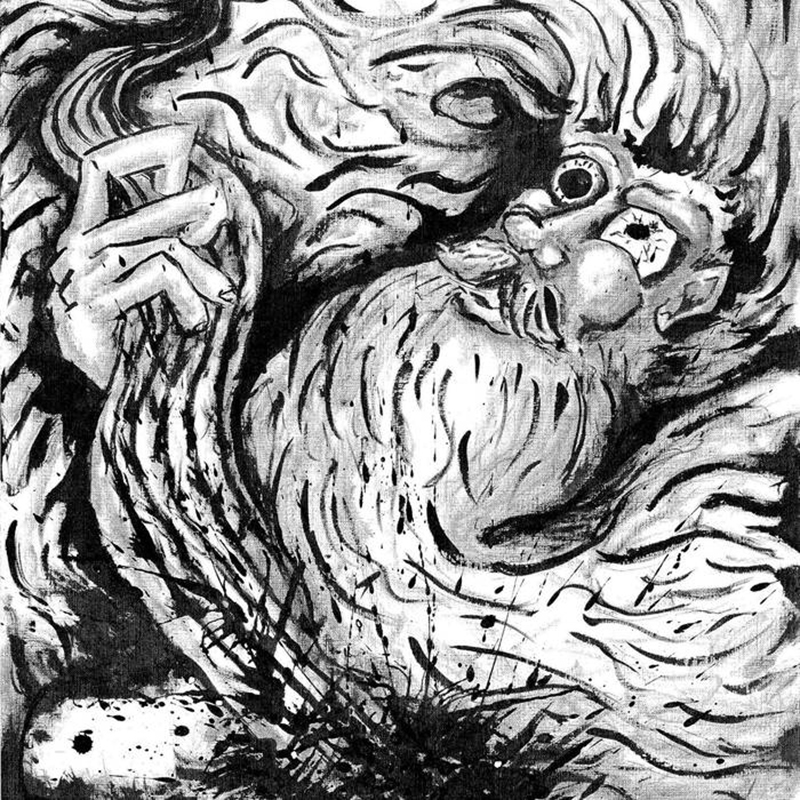 At this point, I don’t know what to expect from black metal records that come out today. The genre has twisted and spiraled into so many different platitudes since the purists have more or less been abolished. The most prevalent surge I’ve noticed are the one-person black metal bands that incorporate a more liberal use of often digitized sounds that create a completely different feel on the genre, even to a point where the once signature intricacies are barely noticeable upon first listen.

Merlingo’s debut album ties in themes of murder, wizards, zombies and vampires. There is a lot of thrash n’ bash and some good atmosphere in songs with tongue-in-cheek titles like “Homicidal Detective” and “Holy Roman Vampyre.” Then I get hit with the song “Wizard vs. Wizard,” which is just a piano solo over digital drums that, when I close my eyes, evokes a picture of a wizards’ duel.

Spent Wizard is hard to grasp entirely—I can hear the distinguishable atonal black metal chord progressions, but the element that stands out the most, which probably shouldn’t, is the digitized blast beats, which completely drown out the vocals. Half the time, the drums overpower the vocals to such an extent I often think I’m listening to an instrumental track when I’m not. However, I’m not entirely sure if this was unintentional. If you think about it, a lot of the first true black metal albums had barely any production thrown in and the records sounded awful, but it was the rugged integrity fueling the music that made it such a standalone genre. Yet, as black metal evolved over the years, like I said, it went into different realms of musicality that ensured greater production value in the process.

I guess the best way to put Merlingo’s Spent Wizard is that it kind of just gives a big middle finger to the genre—it’s too raw for fans of more heavily produced atmospheric black metal, and fans of the minimalist structure of the genre might just write the album off as “too digital.” I definitely don’t think this record is trying to bring in any new black metal fans, nor is it trying to appease those who’ve listened to it for years. It’s an anomaly that kind of exists in limbo, not really belonging anywhere—it’s actually pretty amazing how it pulls it off. It’s possible that Merlingo, in its own weird way, may be on the cusp of a new wave in the black metal subgenre. –Eric U. Norris