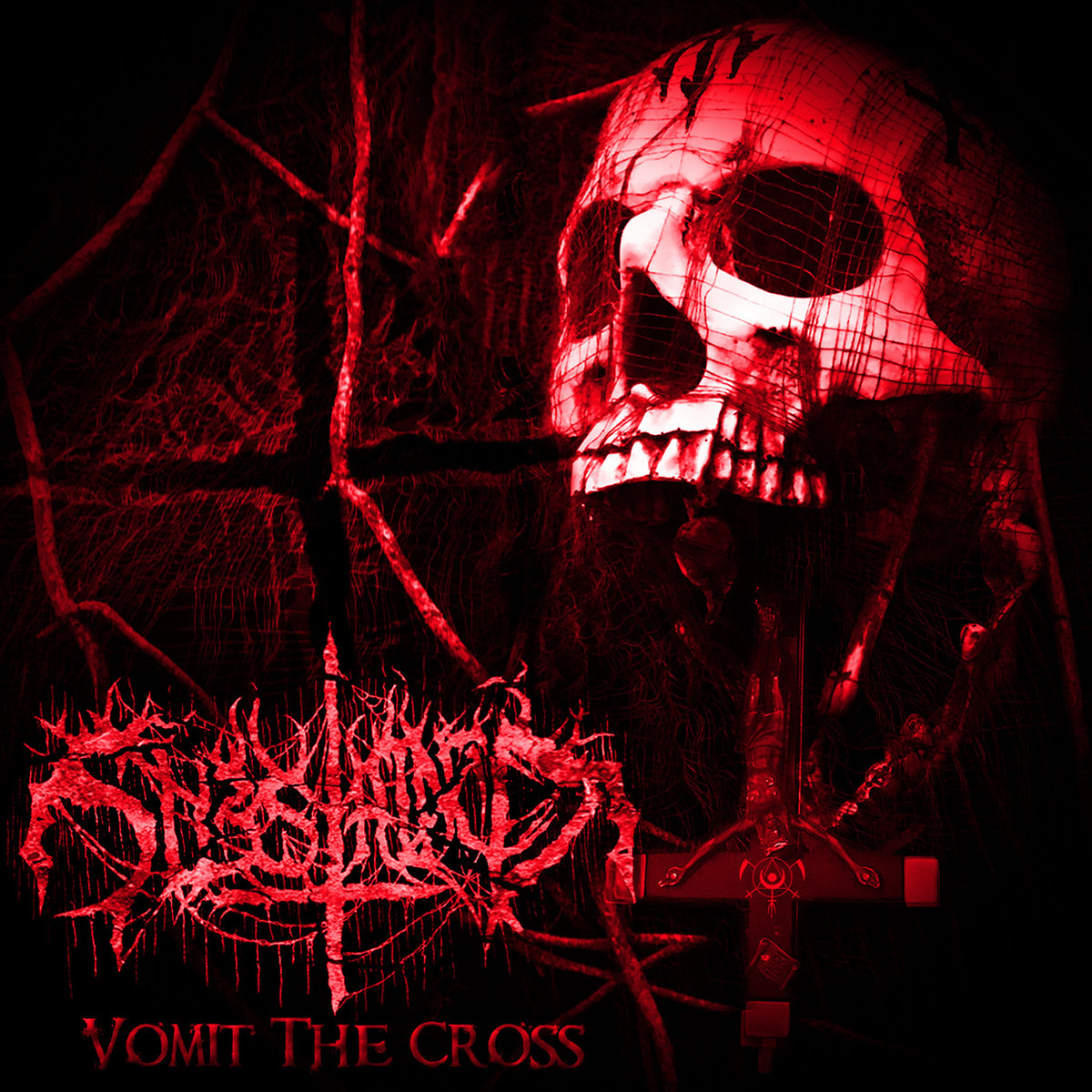 You know, amid a market teeming with oversaturated and overproduced black metal trying so hard to sound innovative that it ironically backfires as redundant and boring, it’s refreshing that there still is a demand for the grimy, ugly, atrocious incarnations that call back to the days of Immortal and Celtic Frost. Salt Lake’s own Substained deliver such repulsiveness in their debut EP, Vomit the Cross. Blast beats? Check! Nearly indecipherable guttural growls? Check! Dissonant tremolo picking? Check! Lo-fi production to enforce that there is no watering down nor bloating of their raw brutality? Double check! With so much vitriol oozing out of their seams, there is no room (or need) for such frills.

The opening track “Heart of the Lamb” takes a few seconds to set the mood before the gauntlet of chaos is ushered in through Winters’ bloodcurdling scream while the guitars and drums allude to that classic, frozen Norwegian atmosphere. After six minutes of pummeling, I get my first glimpse of Substained’s ethos—they really fucking hate humankind! They depict us as no more than lambs being led to the slaughter. “Monotheistic Diatribe” is basically a fancy way of saying “Fuck your God!” And they find more than one way to slander religious oppressors, whether it’s as blunt as “Homophobic, religious cunts / Claustrophobic, sheltered fucks,” or lending more to the imagination with “To put belief in a heavenly afterlife / Over what is done to this world / A deathly aim to a heavenly cloud / While trampling life on Earth.” Lyrically, “Want No Part” is a discernible middle finger aimed at mainstream society, and they make sure that anyone listening gets the memo—“I want no part in what you offer / I despise you and your culture!” They flirt with differing elements of the metal spectrum as the guitar dissonance, sometimes, looms closer to death metal than that of black metal, but who the hell is going to notice?

Vomit the Cross is a solid debut EP from these guys. It’s got enough of the raw elements that will satisfy many a black metal fan, but also gives enough breathing room for their personality to stand out. Though the lyrics can be a little juvenile, at times, and their messages a little pedestrian, they have a lot of ideas that have the potential to flourish. Only the strongest of these ideas will be able to break through the permafrost landscape of black metal, and we shall see what comes through in their musical expedition. –Eric U. Norris