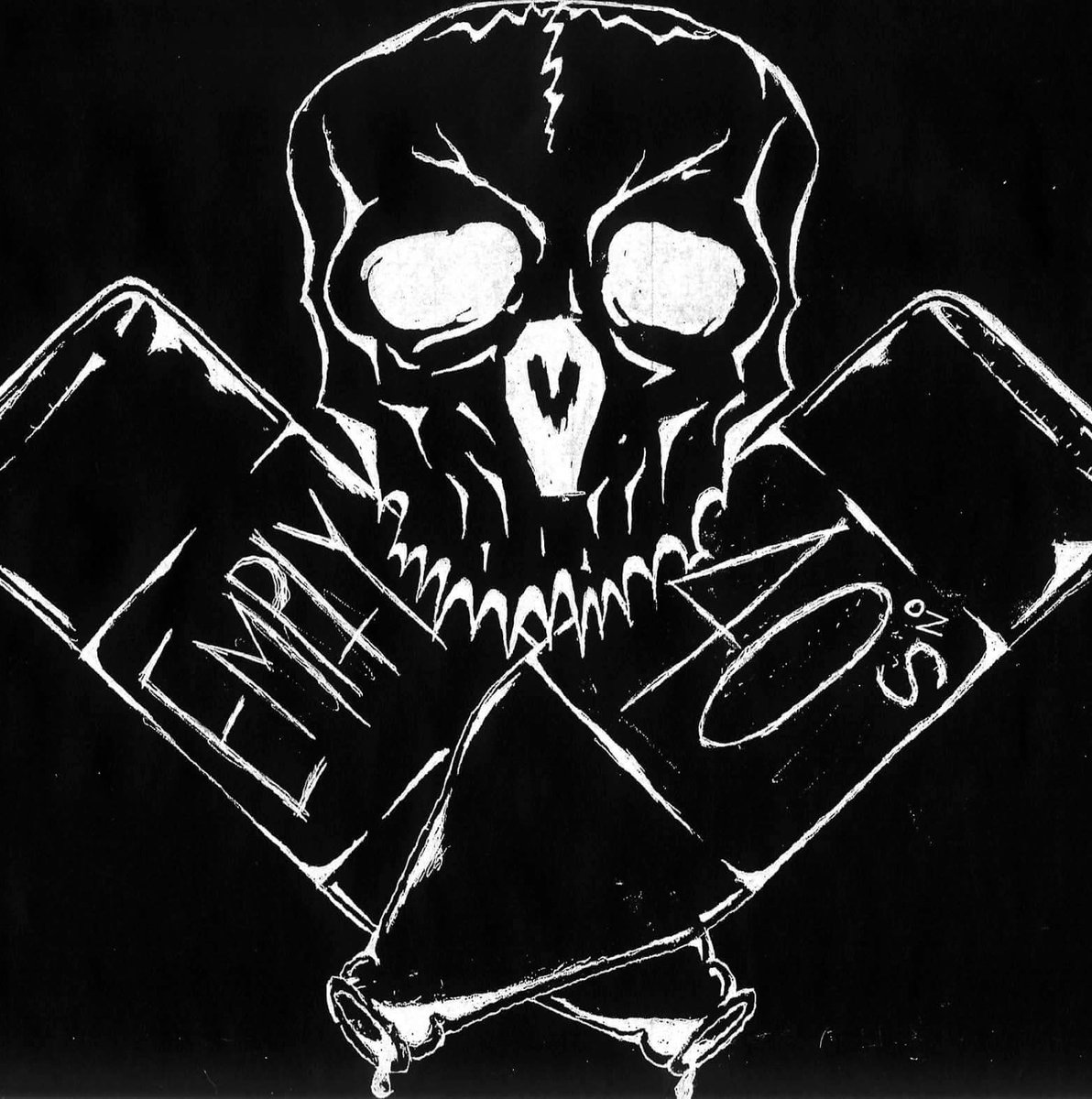 If there were two words to describe The Empty 40oz’s they would be gutter blues. Nothing sets a band apart from the masses like obnoxious music of below-average production, abhorrent guitar tones, vocals that peak past the realm of comprehension and songwriting that barely registers as a first draft. All this may sound like negative connotations—and in a way it is—but that’s precisely The Empty 40oz’s demeanor—it is bad, tasteless and all-around unsettling, but they revel in it.

“Homicidal Blues” lays down a power chord that would sooner tear a hole through the amp speaker before the sound hit your ear and dissolves to a crude imitation of the opening tritone riff of the first Black Sabbath album. It doesn’t take long before the chaotic descending atonal chords take hold, bolstering an eerie resemblance to Leftöver Crack’s “Homeo-Apathy.” The proceeding track, “Jagged Edge,” starts off, appropriately, with the opening of a beer can and what follows is just as rudimentary. A blues progression gets with minimal drumming adding to the structure. “Drinking with the Devil” swings back and forth through the ska-style upstrokes and thrashy pummeling in typical crack-rocksteady fashion, coming off like a warped, beta version of Choking Victim. In case you were complaining about there not being enough sloppy sing-a-long segments, don’t worry, “Bleached Bones” has you covered with an indeterminate amount of crusties slurring lyrics in between dirty, 12 bar chord progressions over some pretty heavy drumming.

One would call it a strange combination mixing the rudimentary physics of blues songs with something as chaotic and dissonant as crust punk—but the more I think about it, the more it makes sense to me. Blues and punk musicians take music to a minimal stage of songwriting while putting more emphasis on the emotion with the dirty, fuzzy, lo-fi production adhering to their rugged and raw personality. The Empty 40oz’s clearly come off as nothing more than as advertised—it is crack-rock/crust punk with a Delta blues inflection, and it don’t get much more rawer ’n that. –Eric U. Norris