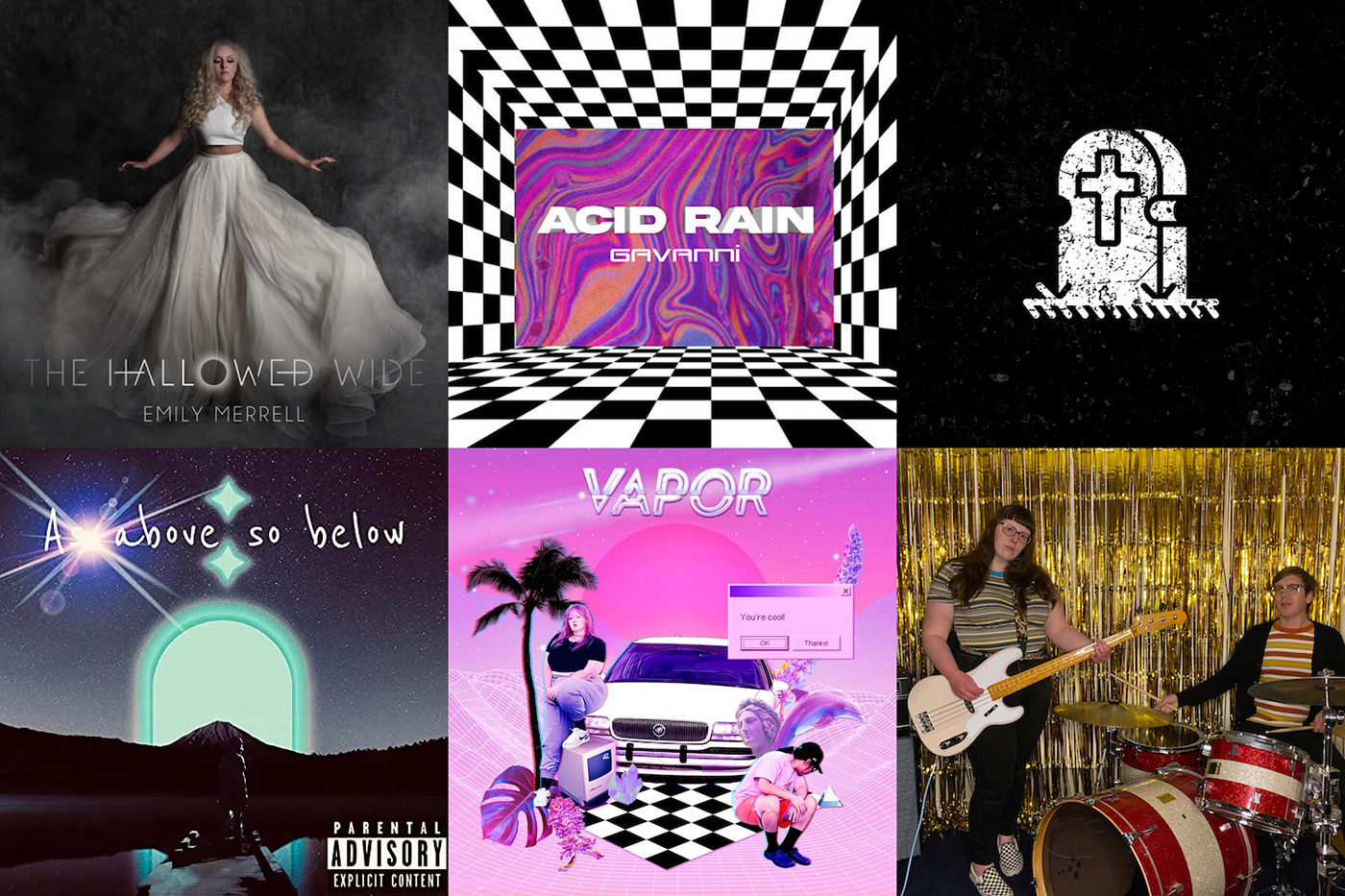 It’s finally scary season, and what’s more frightening than clowns, the dark AND being alone forever? Having no new music to put on your playlist, of course! As always, SLUG is here to save the day with the power of the “Local Music Singles Roundup.” These tracks are perfect for grinding out the finishing touches on your costume, so you better get busy! 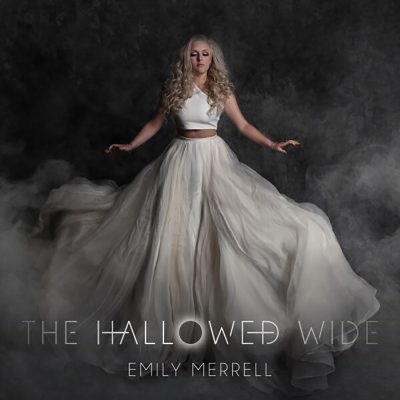 You’re standing on the edge of a massive cliff looking out at gathering gray storm clouds on the horizon. The wind is whipping around you, and somehow you feel small and powerful at the same time. That’s how Emily Merrell’s “The Hallowed Wide” makes you feel. The track’s driving beat and layered vocals create a detailed listening experience, and the lyrics conjure up dark, fantastical images of an uphill struggle. Merrell’s songwriting is exemplary—both vague and vulnerable—allowing the audience to forge their own relationship as she sings, “Standing on the edge of the hallowed wide / Lay your dearest doubts on the part when you throw your soul inside / Close your eyes and open every clouded window you can find.” Her strong voice jumps between notes effortlessly, and I’m willing to jump into the hallowed wide with her. –Alexis Perno 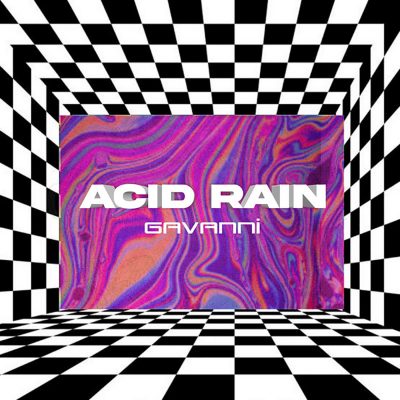 “Acid Rain” is a two-minute trip through audio escapism—it’s the perfect track to get your mind off whatever is bothering you and simply melt away. Its reverberant beat is the backbone of the song, reminiscent of the same pulsating, addictive beat from Drake’s past hit “One Dance.” Gavanni’s voice is smooth, accompanying the track like they’re meant to be together. Overall, the single is mesmerizing in sound, but when it comes to the lyrics, Gavanni doesn’t say much throughout the track, and what he does say doesn’t make sense entirely or have much of an impact. Perhaps that’s the point if escapism is the theme. While the intro to the song is filled with a freestyle-like combination of words and sounds, the outro of the track is relaxing and leaves listeners with an itch to replay it, creating an interesting juxtaposition. –Palak Jayswal 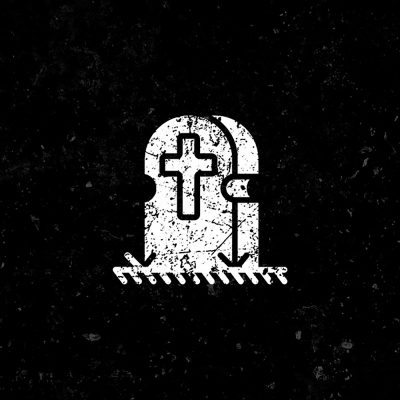 In Your Grave
“Circling the Drain”

The surface-level onslaught of In Your Grave’s “Circling the Drain” shrouds a darker, more nuanced beast. The track’s opening seconds flit between earth-shaking chugs and spectral guitar echoes; lead weight and cosmic space. Once this sonic gap collapses into itself, In Your Grave settle into a hulking groove that smacks like bullets pinging off metal. Though dripping in nihilism—the opening lyrics run, “I’m all alone and scared for my life” —the track’s first half possesses a propulsiveness full of confidence and glee. The midpoint finds In Your Grave shapeshifting into something more sinister and less concrete. The guitars swirl around vocalist Collin Anderson in a skree of distortion and feedback, the band collectively winding up and down alongside his stunted phrases. In less than three minutes, In Your Grave traverse grin-inducing, beatdown brutalism and a more abstract, linear approach to hardcore—a chameleonic showcase of efficiency and versatility. –Audrey Lockie 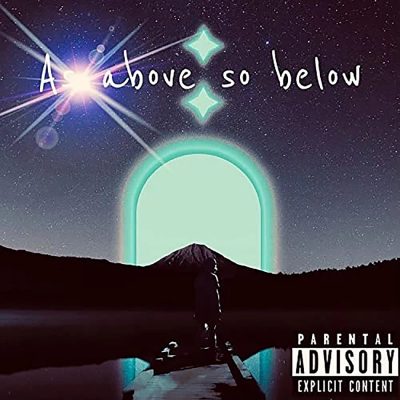 With bits of spacey, sci-fi atmospheres swirling around trap-flavored 808s, Mama’s Boy’s new single “Control” has one of the smoothest beats out there right now. Aside from sounding like astral butter, Mama’s Boy drops a major vocal performance on this track that, alone, makes it an easy pick for rotation play. Don’t think the lyrics are a non factor though, as Mama’s Boy fills the song with lines that speak to losing yourself, depression and trying to dig yourself out. Passages such as “I don’t mind if I feel again” and “It’s like inside I’m dying, I can’t think, what do I know?” bring the track together completely. “Control” is a track that is able to tackle difficult subject matter while also feeling comfortable to listen to. Be sure to check this one out, and it should definitely make it on to any late summer/early fall nighttime playlists. –Connor Brady 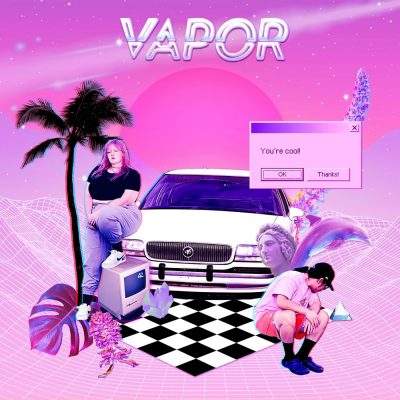 The cover art for local hip-hop duo Violet Theory’s “Vapor” points to two conflicting—but not divergent—moods. Dated windows pop-ups, Roman busts and neon-tropical paradises bump up against the DIY glamor of Violet Theory (Rey and Omar) posing alongside a busted Buick; vapor wave’s psychedelic anonymity versus the bling and flair of pop rap. Following this visual dichotomy, “Vapor” oozes both mind-altering sludge and chrome sheen. Especially in the track’s second verse, the group’s suave, sexy charisma shines atop the track’s gelatinous keyboards: “She wants plenty and we drink in abundance / Only slick like it’s butter while she drip to the floor / Shaking her genetics, like a dealer and make you score,” Omar raps, the sentences spilling into each other at the precipice of precision and druggy slurs. –Audrey Lockie 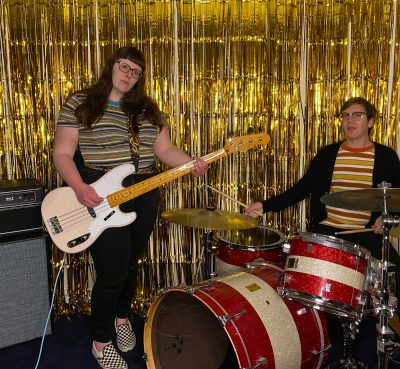 The Zissous
“Get a Clue”

With bratty indignation, Georgina Smith sings, “I’m not gonna prove that I’m right / That’d be admitting that I could be wrong,” on The Zissous’ punk rager “Get a Clue.” Head-thrashing guitar riffs and lively drums from Casey Swenson back Smith’s performance with an air of fifth-grade-favorite-underwear air guitar in the bedroom mirror as you get ready for the last day before summer. From Swenson’s blaring instrumentation to Smith’s inventive vocal subtleties, the track is teeming with the grit of youthful exuberance. “I’m so tired of being bored / I just want to cut the cord,” Smith sings on the latter half of the song, now joined by a pulsing electronic organ to complete the cacophony. The track is a summer jam through and through, keeping up the heat and giving us a chance to rock away the woes of 2021 life. –Aidan Croft