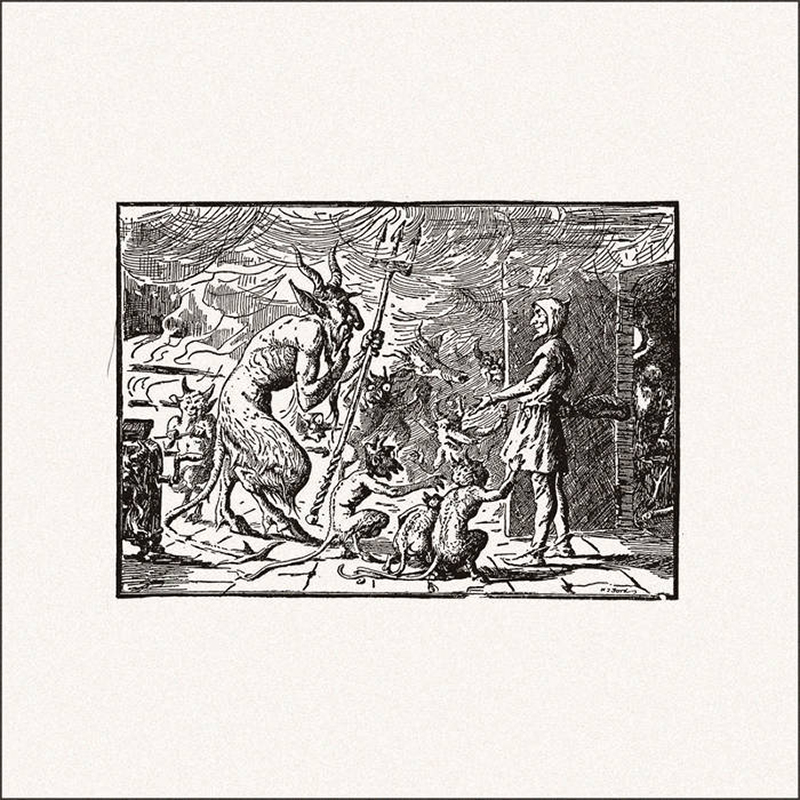 Those familiar with officer jenny’s Stephen Cope are already acquainted with Cope’s clever, gently biting lyricism, and their tendency to lean into sacred-sounding folk themes with their acoustic guitar. However, unlike on their last few releases, here Cope moves into territory more wistful and bemused, more anxious and more biting, with lyrics that raise the hairs on my arm. Cope utilizes full instrumental backing (with help from Stuart Wheeler on drums and synth), and the weight of all these instruments and their arrangements lends the work the weight of a body, one that is pained by existing. If I could, I’d quote every lyric Cope sings in each song that leads up to this one, but there isn’t room, and they’re better anyway when sung in Cope’s heavy, slightly somber voice.

The songs act as a survey of sweeping, earnest musical arrangement, but also a survey of Cope’s angels and devils, of sex and god, of the self and the fear of death. Cope seems to shift between singing as themselves, to themselves and as an angel, devil or some combination of the two, and each lyric is unique, earnest, brooding and beautiful.  They’re difficult to track, but they perfectly convey an inner turmoil that sounds just as sinful yet divine as Cope makes it sound in “don’t desert me,” where they sing, “shoulder devil don’t desert me / let my wicked dealings hurt me / shoulder angel don’t protect me / let my wicked deeds infect me.” Alongside bruising electric guitar, bass and drums, the song leaves you aching. This quality persists in “caught up in the bliss,” my favorite song in the album, where before being taken away by the crash of drums and guitar, Cope sings hauntingly, memorably, “suck on the end of a bottle of piss / I’m stuck in the glass / caught up in the bliss / tongue in the teeth of a negligent god / we fuck and we cum / and I hold to the rod” then asking into the crashing void of their own construction, “why do I deny the Holy Ghost?” It’s not for any better quality that I love it best, but rather because it synthesizes and explodes the work’s emotions, and makes me wish I could answer Cope’s question. But I can’t, so go hear the question for yourself. –Erin Moore