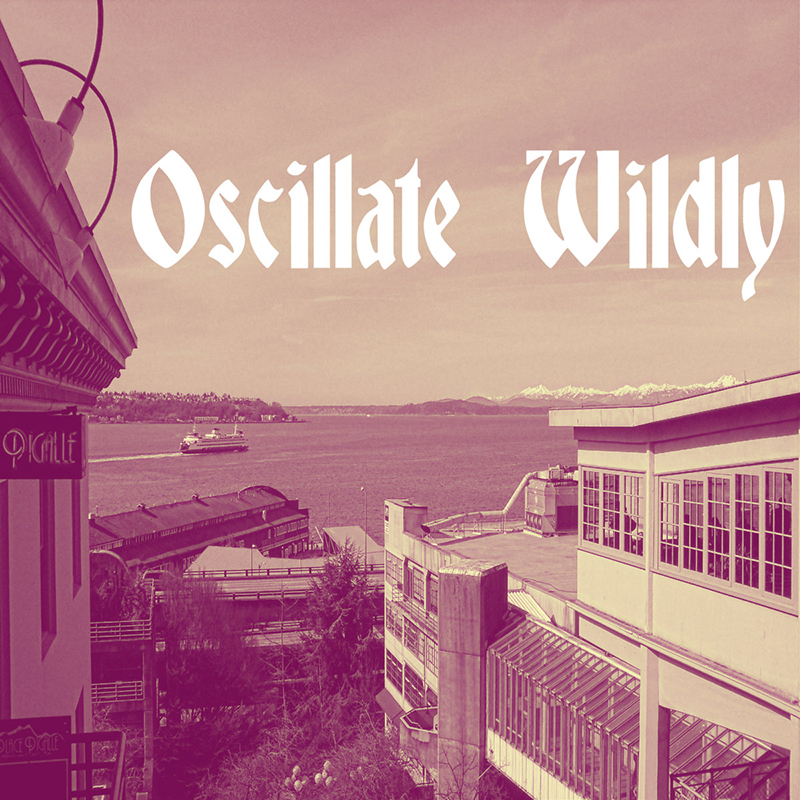 Who doesn’t go through a slight obsession with The Smiths when one’s transitioning from teen to young adult? Brad Thomason and Brandon Jackson, both from Syracuse, Utah, have a deep passion for The Smiths, which is how their band Oscillate Wildly formed. Obviously, you can tell just from the name of their group that The Smiths are a large influence for the duo. And throughout their self-titled EP, there are numerous references incorporated into the lyrics in a simplistic yet intriguing way.

The first track, “Dirge,” is upbeat and begins with a clever intro: “Everyone’s a monster / Chances are you’re right… / I’ve been toying with the thought / Of ambiguity / Give me one last cigarette / and I’ll say what I mean.” The sheer voice of Thomason brings out those indie and post-punk vibes, maintaining a smoothness that keeps listeners wanting more. Sure, you could say the lyrics are a bit on the angsty, sad-boy, Holden Caulfield side, although it doesn’t sound overpowering. Rather, I’d go as far to say that the musicality is not “angsty” whatsoever because they’re more on the alternative-pop spectrum.

Moreover, in “Just Because…” you get those Smiths references, which are clever and catchy as Thomason sings, “Even then, I still admire / All of your work / Your dry sarcasm / And your cavalier English smirk / Did you know you’re why / I do the things I do / You charming man / This one’s for you.” This specific song certainly has that post-punk tone by pushing the so-called angst away. The genre “post-punk,” of course, is simmered down from the actual punk scene, but I also think the point of post-punk is to keep the essence of punk, even if it is still attempting to stray away to a new horizon.

Lastly, “Heaven for Your Heart,” is a hauntingly beautiful, six-minute track with a keen chorus: “I’d trade heaven for your heart.” Simple, strong and straightforward. It’s one of those pieces that’s best to listen to alone—sharing similarities with Conor Oberst and his way with words. All in all, Thomason and Jackson undeniably have fine talent and a sharp ear for rhythm, as well as a fresh take on storytelling. I look forward to seeing what else they create and accomplish. –Kassidy Waddell