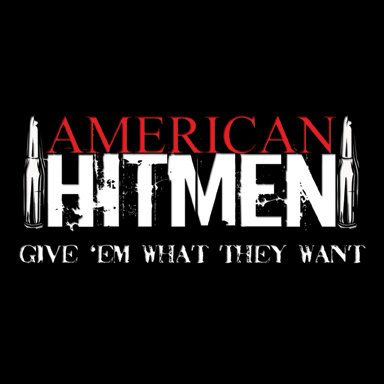 Local Review: American Hitmen – Give ‘Em What They Want

American Hitmen
Give ‘Em What They Want

It didn’t take me long to come up with a sizeable list of bands I’m reminded of while listening to American Hitmen’s latest release, Give ‘Em What They Want. That’s not because American Hitmen don’t have a unique style—they absolutely do, and it’s killer—this group nails the heavy, classic rock sound so perfectly that I would have been easily convinced this thing came right out of the seventies.

The guitar lines are cranked, the bass is on lock and the drums deliver constant creative fills—riff-heavy rock with the distortion turned up—that’s exactly what I wanted, and that’s exactly what American Hitmen delivered. By the end of the first song, I was already trying to sing along, and as soon as I finished the album, I had to spin it again at a louder volume. Be forewarned that many of these songs are catchy. More than once, I’ve caught myself humming the guitar part for “Contagious”—though that certainly could just be me, because I haven’t been able to stop listening to Give ‘Em What They Want for the past week!

While some of the guitar licks sound close to Joe Satriani’s modern style, I seriously can’t get over how much nostalgia this album evokes for me. Some of the song names even allude to classics: “She’s Like Heaven,” for example, features a phenomenal vocal accompaniment from Madeline VanLeuven. The album is closed by a spectacular cover of The Animals’ “House of the Rising Sun,” which rounds this album off into a verily welcome blast from the past.

From ballads to brutal chord progressions, American Hitmen have put together an exciting, catchy, modern take on classic rock in their latest release. Check out all the songs off of Give ‘Em What They Want on the band’s website , and get ready to pound your head to some radically reminiscent rock! –Alex Blackburn