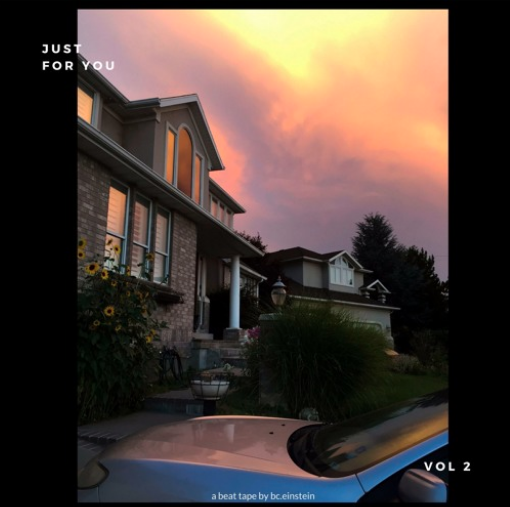 bc.einstein
just for you vol. 2

I had very high expectations for Just for you vol. 2—b.c einstein’s release e=mc3 from last year was one of my favorite albums of 2016—and I have to say that this new release has exceeded my expectations. Sticking with downtempo, cloud rap–inspired trap beats, bc. einstein evolves his sound, sticking to classic, toned-down vocal loops, and some experimental samples—like the cell phone ring in “Cellular.” Just for you vol. 2 shines for me in its first half, as it maintains the slower, more ominous nature of e=mc3, while the second half plays around with lighter trap elements. This album is an interesting collection in that you could easily have someone rap over each track. They pack so much character on their own that I feel like vocals would take away from the production. JFY vol.2 kicks off with “spray yo’ team,” a song that creeps in with a deep demonic laugh you’ve head in any cartoon from the ’50s and ’60s, followed by an eerie synth loop and a trap-heavy 808.

This album keeps you on your toes, flowing through different tempos and creating an ever-changing atmospheres. You have your downtempo tracks like “woot,” with its silky-smooth percussion and piano loop, and “3017” with its slowed-down vocal sample, but then you have tracks like “boom,” a very manic, jazz-influenced song that starts to break the more laidback numbers with the more hype ones, residing at the end of the album. Just for you vol. 2 feels like a true sequel to e=mc3, but with this release, bc. einstein has managed to create a smoother flow and was able to play around with different tempos. I couldn’t recommend this album more to anyone who loves good beats that have the ability to create an atmosphere. Check out just for you vol. 2 at bc. einstein’s SoundCloud. –Connor Brady