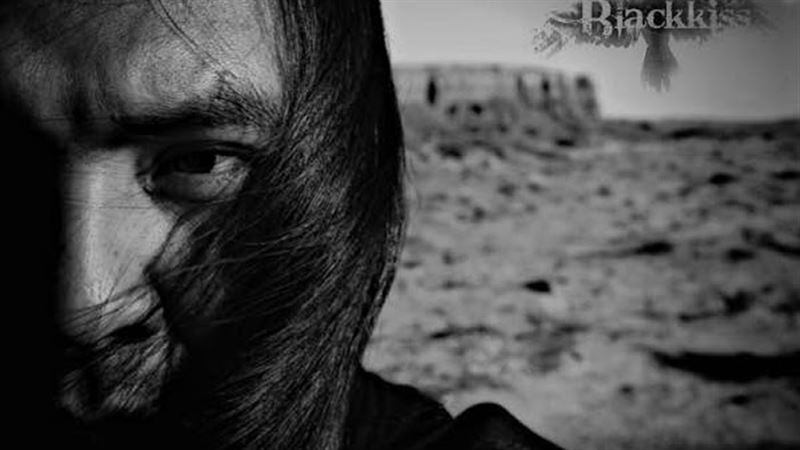 Pete Sands looks like the Genghis Khan of his native Navajo Indians and rocks like an American folk god in a soundtrack by way of Quentin Tarantino. A few seasons ago, Blackkiss gave us Dirt Dance Floor and brought a gritty credibility to the acoustic scene. The calm, little growl that Sands’ guitar follows around is immediately recognizable once it first meets ears. It dug into me and finds a hole I hadn’t known about. Then the songs settle in and have a few drinks. With songs like stories and stories told like songs, Sands toured and crafted his way into the dusty song rooms of the West, leaving fans, cigarettes and whiskey bottles strewn about.

This past December, Sand’s haunt of a voice was heard all around the Viper Room—which is fitting given its former owner’s heritage. Dirt Dance Floor was an album that gave the desert a case of the blues, and now Blackkiss has become a must for thunderstorms in dusty towns. The song “Riding Free” is a standout on the album with it’s deserve musical fortitude, (Electric solos anyone?) and seems to be a bridge toward the future musical stylings of Sands.

Blackkiss was featured at this year’s Sundance Film Festival and is gathering material for a new album. His brothers, of War Pony Pictures acclaim, have been composing and mastering a documentary of this musical progression, and the early clips capture the feeling and mood that Sands seeps into an audience. Whether you dance in the dirt or wander in thought, the strings that Blackkiss plucks are right above your heart. –Benjamin Tilton