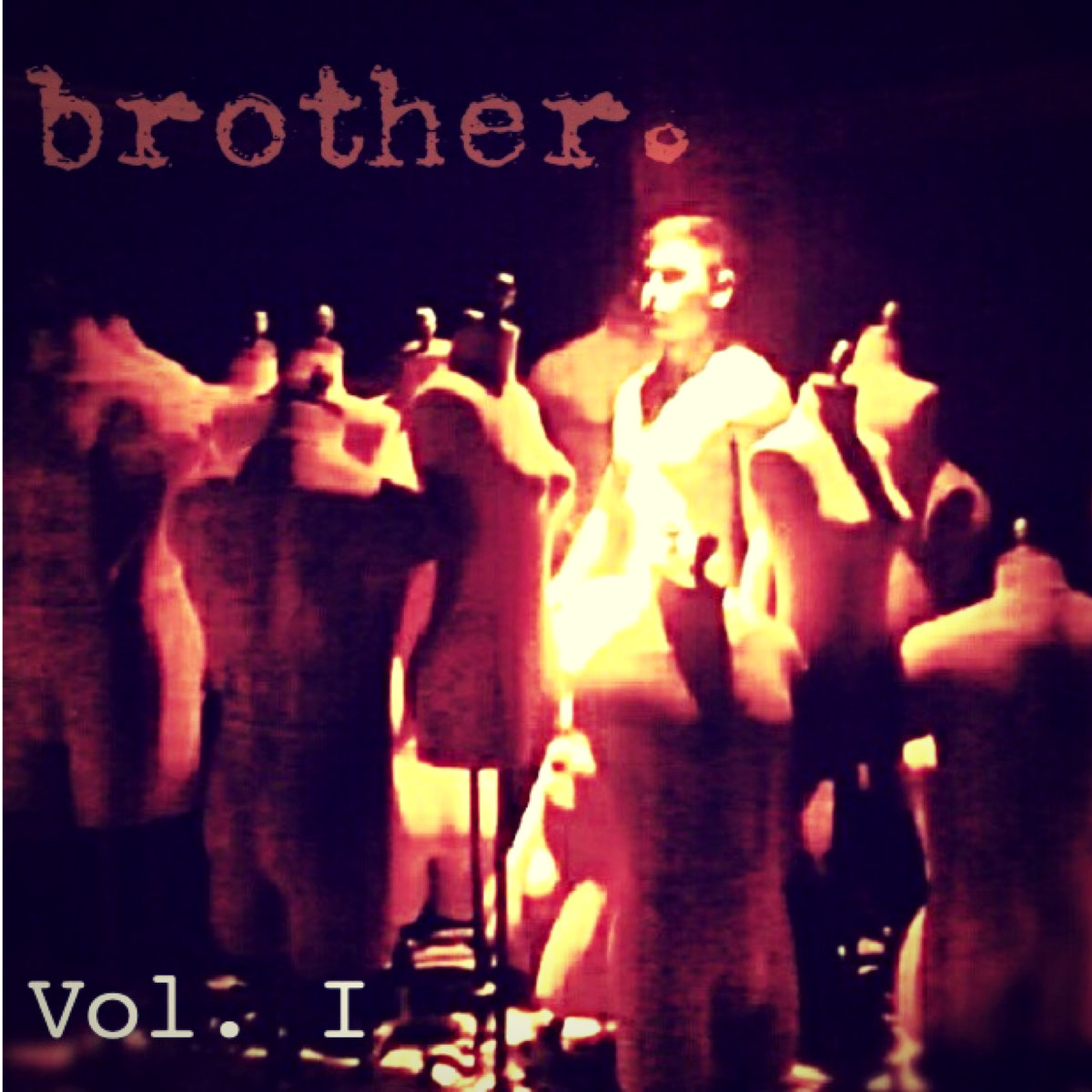 There’s a certain, stereotypical idea that comes to mind when I see something described as being “indie folk rock,” which usually consists of quickly strummed banjos, singing that resembles classic European folk music and lyrics about summer days. Brother. do a perfect job of taking that idea and completely demolishing it (in the greatest way possible) with their new release, Vol. 1. Not only is it a surprising, refreshing take on the genre, but it brings so much more to the table with their lyrics, simply intricate arrangements and vocals that spellbind the listener.

“1000” is the album’s opening song, and it was a perfect fit for the job. The steady kick drum is consistent throughout the whole tune, and I can immediately tell that the emotional content quality will be rich and plentiful throughout the rest of this seven-song piece. The vocals complement the guitars so perfectly—they work together to drift me away. It’s an honest song with a softness to it that’s too sweet not to love.

The third song on the album is one of the dreamiest. Perfectly titled “Sunday,” this song is the embodiment of rainy autumn mornings. There’s a chilliness that the twinkling of the piano gives off, and the vocals are soft enough to almost be a hum. This is definitely a song to listen to when the windows are foggy, the tea is warm and when thoughts are thick. The lyrics are vulnerable and raw, which adds to the tenderness of this song. They allow their vulnerability to shine through without it being woeful and melancholic, which is so nice to hear for a change. This track is easily one of my favorites (if not my number one favorite) on this album.

I’m so excited about this album and for whatever else is to come from Brother. Every song on this album is complex while being effortlessly beautiful to the ear. This is everything I wanted to hear from an indie folk rock band right now. Everyone in the music scene is eager for something new and interesting, and Brother. accomplished that with flying colors. It’s a classic album that still provides the listener with freshness. Each song is powerful, emotional and strong and worth the listen.